Published by: Multi-Man Publishing. January 2000
(Log in to add this module to your collection
or to see your play details)

From package:
December 1942. Having already surrounded the German 6th Army at Stalingrad, the Red Army launches its most ambitious offensive yet-"Operation Little Saturn". This operation was designed to cut off and destroy all Axis armies in southern Russia. The first target of its fury is the Italian 8th Army, stretched across a thin defensive line along the frozen Don River. Two full Soviet Armies, equipped with hundreds of tanks, launch themselves at the Italian positions. After several days of severe fighting they achieve a breakthrough which they rush to exploit. The remnants of two corps of the Italian 8th Army embark upon a desperate trek to escape the encirclement.
12 Scenarios, 2 SK style Boards (42, 43) 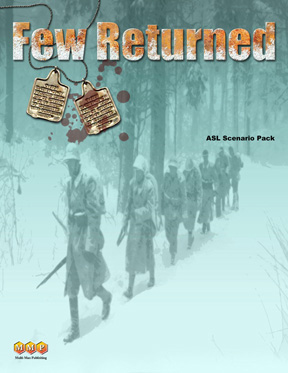