Published by: Critical Hit. June 2009
(Log in to add this module to your collection
or to see your play details)

ASLComp First Wave at Omaha brings the fury of Bloody Omaha to the ASLComp crowd in the most massive historical module yet. Three linking maps recreate OMAHA West and portions of Omaha East with SIX FEET of running map length. Every detail is there, and all of the Vierville and Les Moulins draws, scenes of the hardest fighting in Normandy and the setting for the opening scene of Saving Private Ryan, are included.

The 'three story house', Norman 'Dutch' Cota, wave after wave of landing craft, laden with American soldiers headed for their doom...or the first step in freeing Hitler's Fortress Europa. There has never been anything like ASLComp First Wave at Omaha and we're confident you'll experience D-Day like never before with this product.

Everything you need to play is provided, just bring your own ASLRB in any edition plus markers/fortification counters and American/German counters. 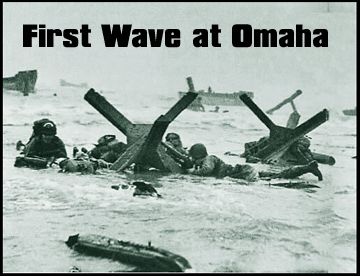