Published by: Break Contact. February 2011
(Log in to add this module to your collection
or to see your play details)

In early 2011, Break Contact emerged from a period of relative inactivity to release two new items, one of which is this product, The Aussie Battler Pack (ABP), a scenario pack very much in the mold of Break Contact! and The Armoured Aussie Pack. It has an emphasis on actions involving Australian troops, with a few trips further afield. 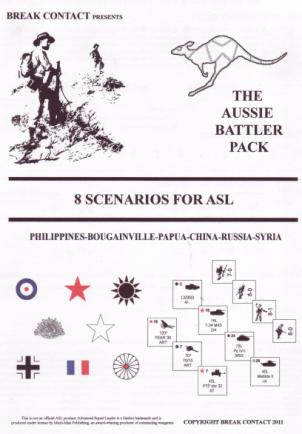