Published by: Lone Canuck Publishing. September 2015
(Log in to add this module to your collection
or to see your play details)

A tactical-level game that allows players to experience some of the difficulties faced by local commanders during Operation MARKET-GARDEN, the Allied bid to force a crossing of the Rhine River. In late September 1944, American and British forces set out to seize key bridges and high ground along a 100-kilometre stretch of Highway 69. Hell’s Highway, as this tenuous route came to be known, connected the Allied front line in Belgium with a major bridge over the lower Rhine at Arnhem, in the Netherlands. After five days of furious combat, the route was largely in Allied hands. However, German counterattacks frequently cut the road. One attack occurred on 22 September, in the vicinity of the Dutch village of Mariaheide, midway between Veghel and Uden. Hell's Highway recreates the nearly 36-hour battle for two kilometres of vital highway centred on the village of Mariaheide.


• Five scenarios played on various parts of the map,


•Chapter HH that includes rules to play the Tactical Mission 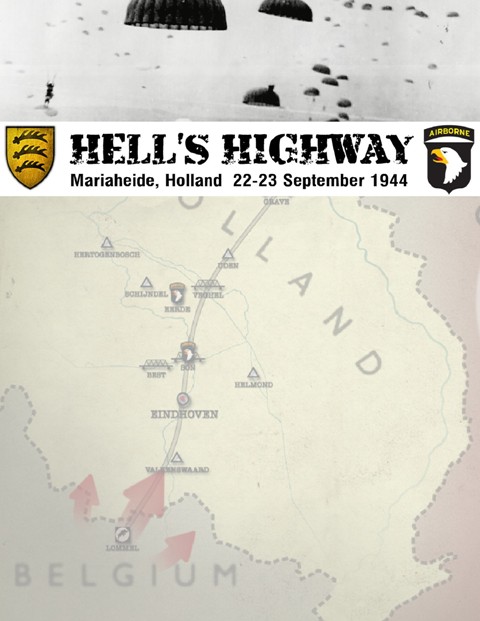