GWASL 15: Vimy Ridge and Beyond

Following the Battle of the Somme, pressure mounted on the Allied command for the Canadian Corps (formed from the Canadian Expeditionary Force) to fight as a single unit, instead of parceling out its soldiers among different British units. When the commander of the Canadian 1st Division took over for General Byng, the unit was under Canadian command for the first time. As the war pressed on, the Canadians were considered an elite, and among the best military formations on the Western Front as Germany was inexorably ground down. Their success on the battlefields comes as no surprise when the all-volunteer formation that the CEF was built on is taken into account. The peak of Canadian military achievement during the war came during the battles of the Somme, Vimy Ridge, and Passchendaele. Together, these battles were later to be known as "Canada's Hundred Days". 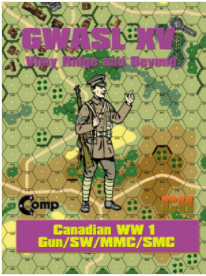