Published by: Multi-Man Publishing. October 2021
(Log in to add this module to your collection
or to see your play details)

The 1st Cavalry Division was formed in 1921 and participated in the famous Louisiana Maneuvers of 1940, where it became obvious that the days of horse-mounted soldiers were numbered. After spending 1942 patrolling the US-Mexico border, the First Team (as it was nicknamed), retired its last horses in February 1943 and shipped out that summer with all four dismounted cavalry regiments: the 5th, 7th, 8th, and 12th. Its first action was invading the Admiralty Islands in February 1944, followed by Leyte and Luzon, where in February 1945 it participated in the bloody battle for Manila (an action being depicted elsewhere). Then almost five years of occupation duty in Japan saw its training deteriorate and its combat capabilities degrade. The 12th Cavalry Regiment was deactivated, and the division was reorganized into the now-standard triangular structure. With the crisis in Korea, they hastily shipped out to the Pusan Perimeter. First Team quickly earned a reputation as second rate but just as quickly re-earned respect while first leading the breakout and then charging into North Korea. Surprised (like everyone else) by the Communist Chinese forces in November 1950, they were thrown back into South Korea with heavy losses. Reversing the momentum, First Team took the fight to the enemy for the rest of 1951, regained some of its swagger, and rotated back to Japan in December after almost 18 months of hard fighting.

These 16 scenarios tell the story of First Team across two different wars, but they describe more than just the combat results. The First Team were fighting men, and these scenarios showcase some of their individual stories. There is plenty of action in this pack, and plenty different kinds of it, more than enough to challenge every level and style of ASL play. Boards 87 and 88 included. 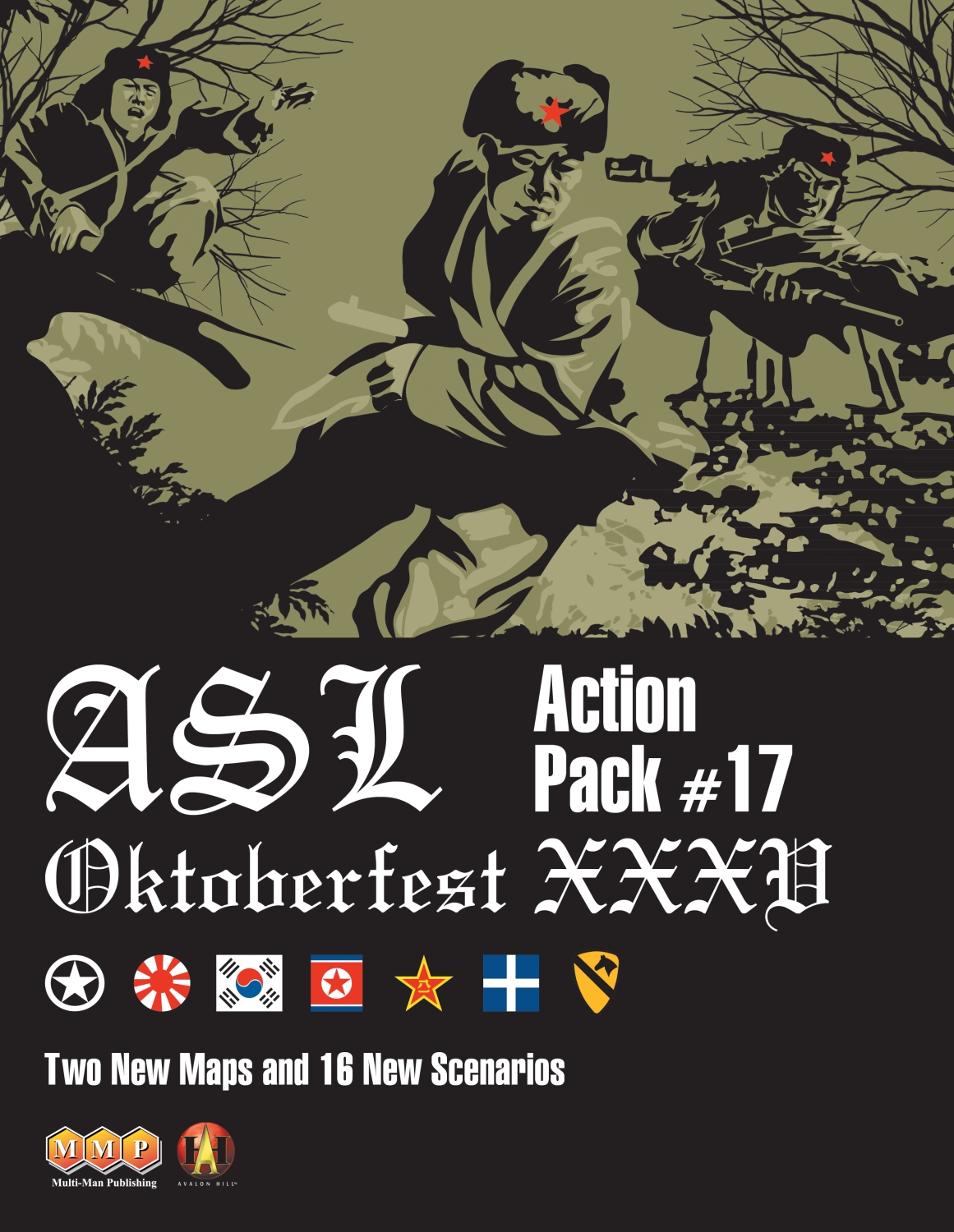