Published by: Lone Canuck Publishing. December 2021
(Log in to add this module to your collection
or to see your play details)

June 1944: On the right flank of Operation EPSOM, the British set up Operation MARTLET. This operation was necessary because EPSOM was vulnerable to German counterattack from the high ground in the Rauray area. It was essential for the Allies to seize several key points prior to the launching of EPSOM. These key points were the villages of Rauray, Fontenay-le-Pesnel, Tessel, Brettevillette, and Juvigny.

The 49th (West Riding) Infantry Division, consisting of the 70th, 146th and 147th Infantry Brigades, as well as the 8th Armoured Brigade, was assigned to carry out MARTLET. The operation’s first objective was BARRACUDA, the road between Juvigny and Fontenay. The German forces in this sector consisted of the Panzer Lehr Division and the 12.SS-Panzer-division Hitlerjugend (Hitler Youth). 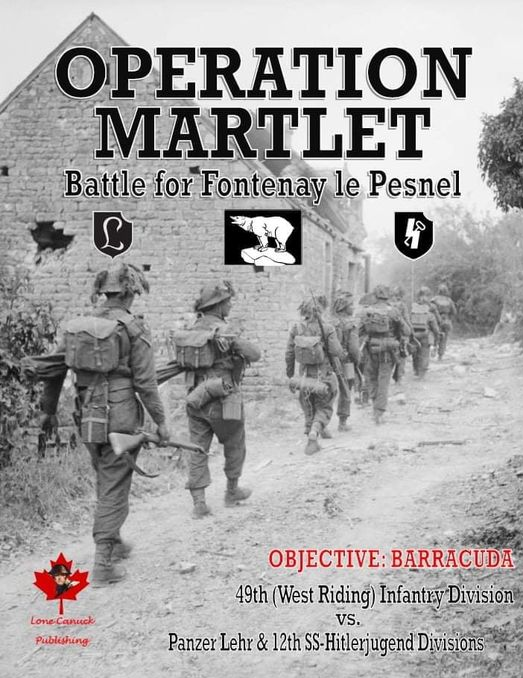