Published by: Critical Hit. June 2021
(Log in to add this module to your collection
or to see your play details)

Many Russian divisions, which were not caught in the encirclement of Minsk, were soon racing back to the safety of the Berezina River. There they hoped to establish a new defense line.
Aware of the dangers of headlong advance, 'Fash Heinz' Guderian ordered the 17th Panzer Division out of the line behind Minsk to reach the Berezina first to cut off the enemy retreat. The German general would need the bridges there to continue his advance, and there were few left standing as of 1 July 1941. The few bridges that were left were mostly small wooden types, unsuitable for German armor, but strong enough for Russian infantry, to cross on foot as they headed away from the onrushing Wehrmacht.

This is Breakout from Borisov 1, and it's the summer of 1941 all over again.
Barbarossa is in full flight and you will join the action with a set of 8 scenarios and 4 large semi-geo maps that create an overall play area of about 24" × 36". 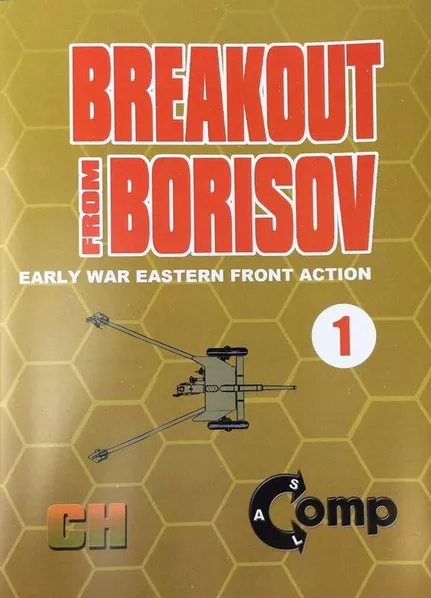