As the third prong of the concentric American attack planned for 21 December against Peiper's Stoumont defenses, major Hal McCown's 2/119th Infantry was to move south through the Bois de Bassenge and cut the N.33 between La Gleize and Stoumont, then attack westward. The major and his battalion departed Remouchamps at 1245 hours, and by 1405 the two leading companies had reached the road. Once they had established a roadblock position by felling trees and laying anti-tank mines across the pavement, the GIs began advancing west. After moving about 400 yards they encountered enemy small-arms and automatic weapons fire which forced them to fall back into the woods. In late afternoon, with the two other American attacks having failed, the 2/119th was ordered to withdraw back north. One platoon of Company G left at the roadblock as a covering force found itself in the path of a small group of German panzergrenadiers attempting to re-open the road.
Attacker: German (SS) (SS-Panzergrenadier Regiment 2)
Defender: American (Company G, 2nd Battalion, 119th Infantry Regiment) 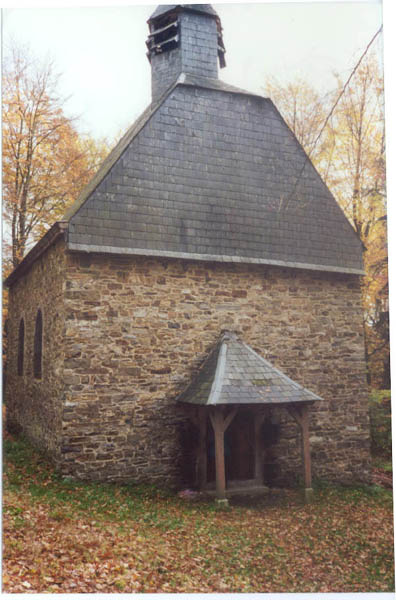