In the hedgerows of Normandy, any significant advance demanded that a village or road be cleared -- and many bitter battles were waged over small settlements and crossroads. On Friday morning, the men of the 116th Infantry Regiment had jumped off from positions near Couvains, following an intensive artillery and mortar barrage. Their objective: clear the village of Les Foulons less than 1000 yards ahead. But 1000 yards was a considerable distance in this country.
Attacker: American (116th Infantry Regiment, 29th Infantry Division and the 747th Tank Battalion)
Defender: German (Grenadier Regiment 914, 352nd Infantry Division/Tank Destroyers) 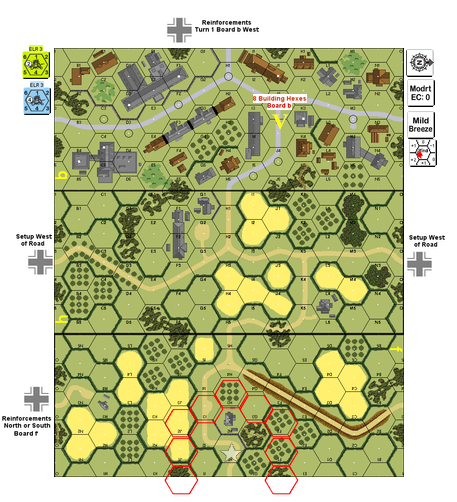 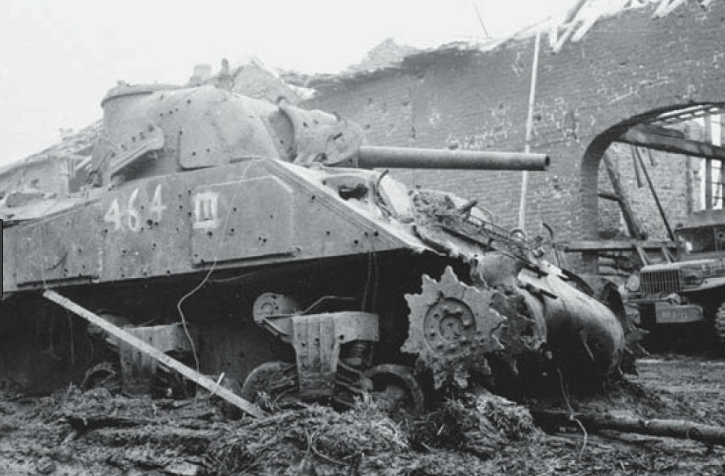