The Nyasalanders of the King’s African Rifles, with a detachment of South African armored cars, had worked their way from the port of Majunga halfway to the Madagascan capital, Tananarive. The Vichy defenders were handicapped both by the limited means at their disposal and the mixed emotions of many of their men. The Commonwealth troops simultaneously represented both the best hope for a revived France and the invaders of French soil. After a number of false starts and a series of minor demolitions, the Vichy decided to block the major road to the capital as a matter of honor. In the face of substantial from Vichy positions to the left and to the right, the Commonwealth troops attacked “with gusto”.
Attacker: British (East African) (Company C, 1/1 King's African Rifles Battalion, 22nd (East Africa) Brigade Group and Squadron A, 1st Armoured Car Commando)
Defender: Vichy French (Les forces de l'Afrique Orientale Francaise) 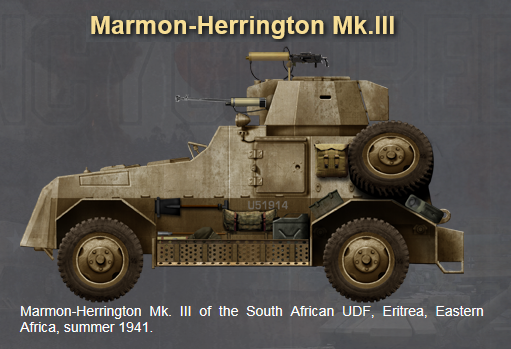