In the confusion following the 7th Panzer Division’s breakout, isolated French units still held crossings across the Meuse while the German infantry struggled to catch up. Now elements of XIV Panzergrenadier Korps, on the basis of Fieseler Storch reconnaissance, hoped to grab another bridgehead into France which appeared to be a platoon strength guard before French reinforcements could arrive. In this heavily wooded region, air reconnaissance reports were unreliable, but time was of the essence. Only French command blunders had prevented the bridges from being blown earlier. The bridges were held very lightly due to the presence of heavy reserves nearby, but even so the bridges were in the process of being wired for demolition when an audacious rush by German scout cars and a lead platoon of bicycle-mounted infantry occurred.
Attacker: German (Aufklärungs of Regiment 71, Panzergrenagier Division 29)
Defender: French (12ème Régiment, 3ème Division d'Afrique) 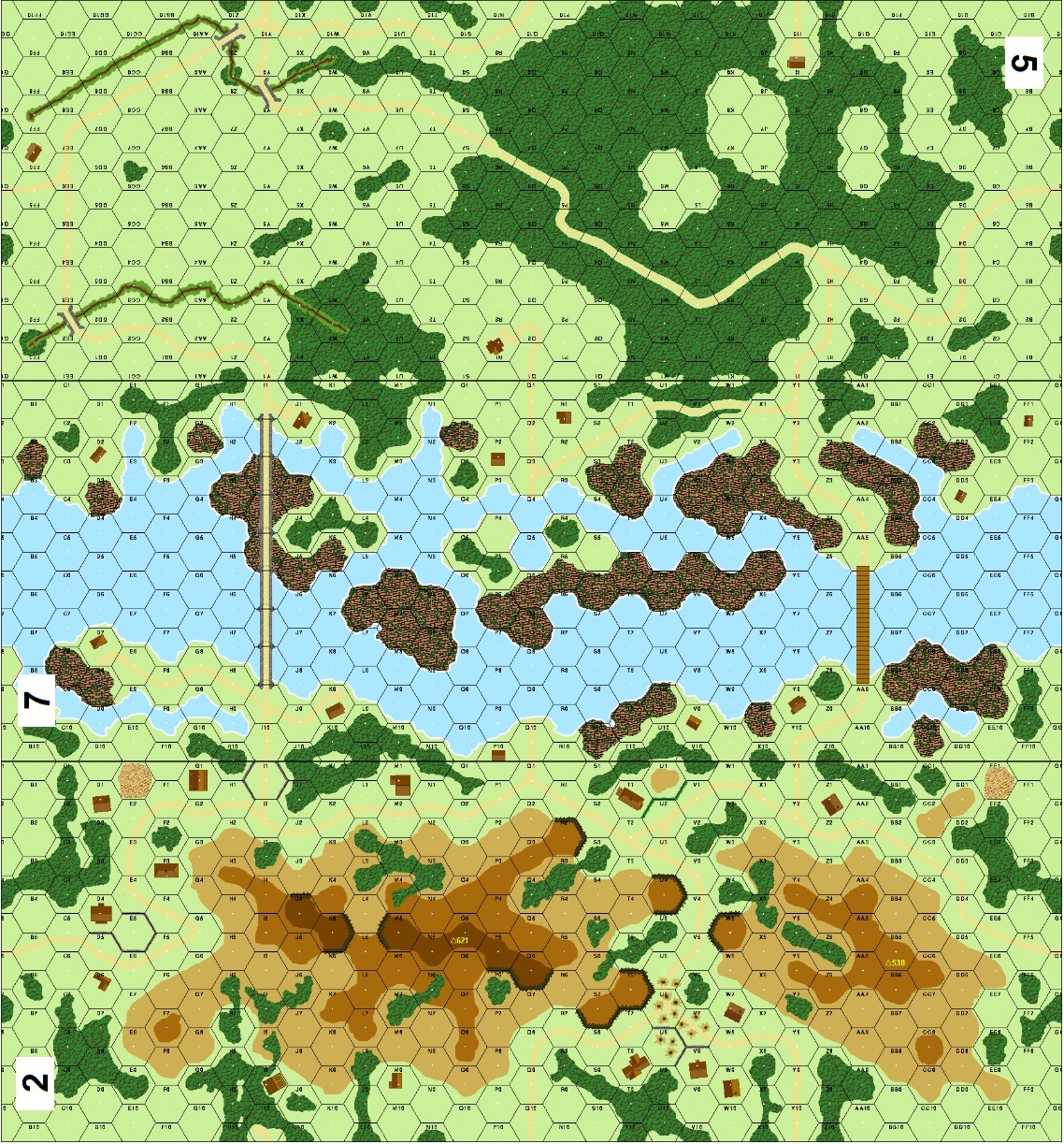 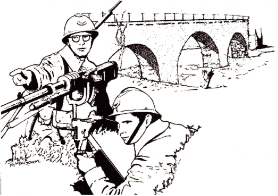 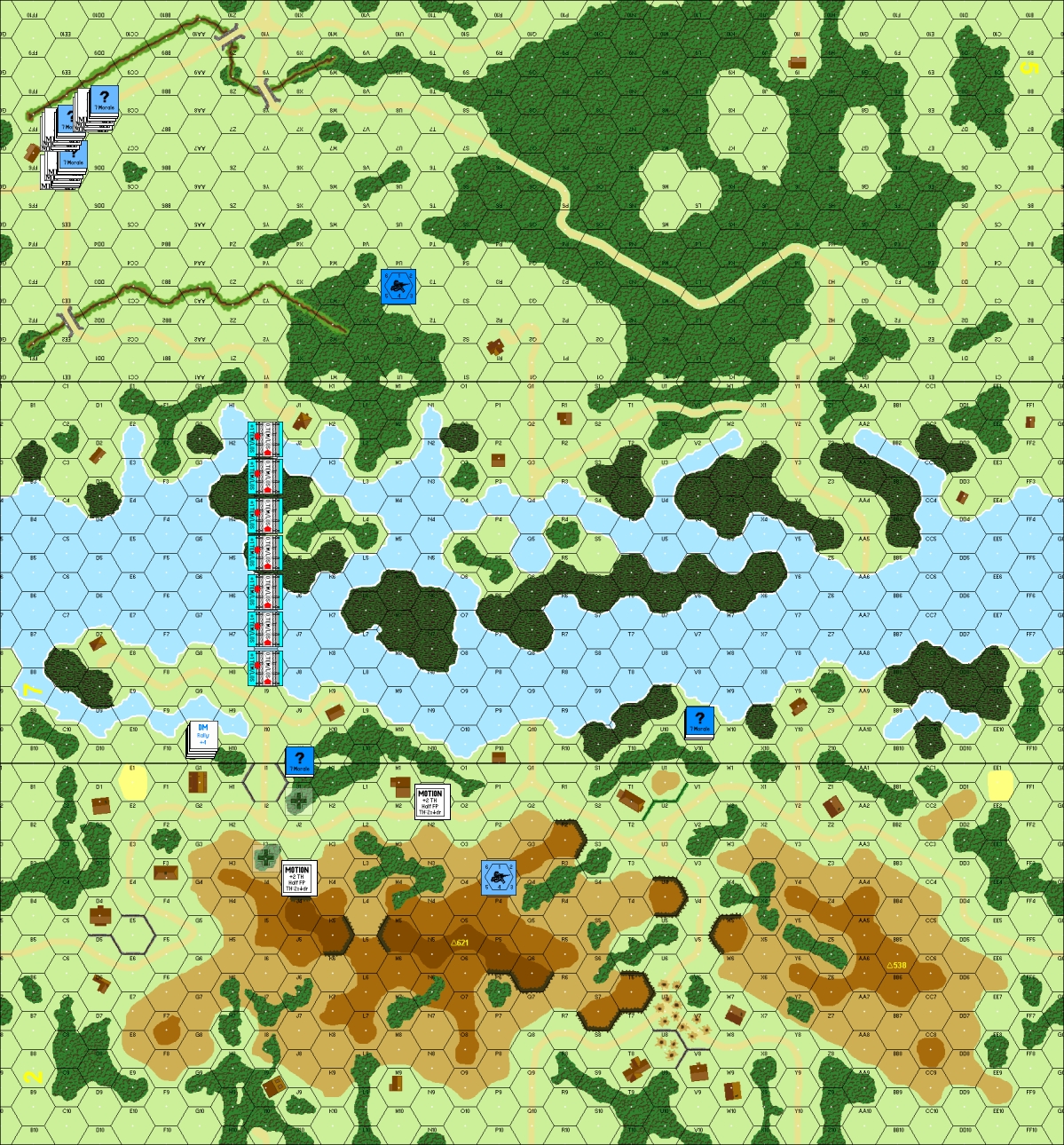