After the failure of the "powerhouse attack" to dislodge the Japanese from Kakazu Ridge earlier in the day, the Americans tried a series of attacks in battalion strength against various portions of the ridge. The 3rd Battalion of the 383rd made one such attack. Part of the battalion's objective was to eliminate several of the huge Japanese 320mm spigot mortars that had been hurling garbage-can-sized shells at the attacking Americans over the past several days. Aerial reconnaissance had discovered the location of a pair of these weapons in a small series of caves on the eastern end of Kakazu Ridge.
Attacker: American (3rd Battalion, 383rd Regiment)
Defender: Japanese (14th Independent Battalion and 32nd Army Artillery) 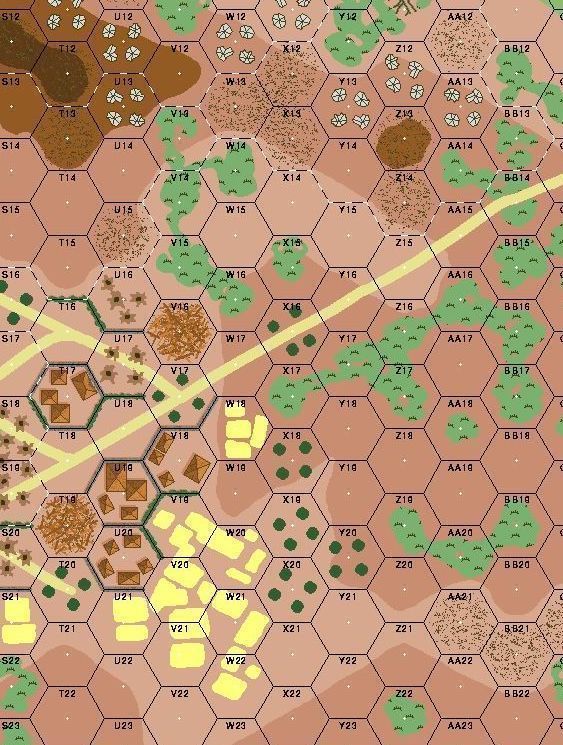 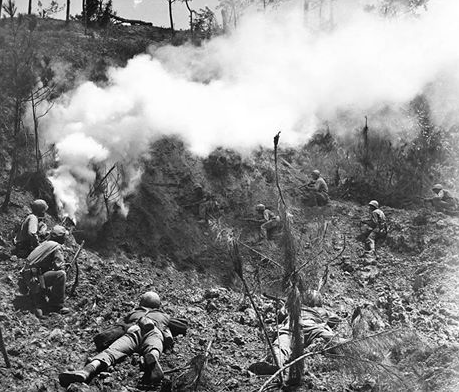