The 229th Field Artillery Battalion had heard bad news. The Germans had turned the flank of the French line and the gunners would soon find themselves face to face with the German panzers. No longer was the artillery position behind the lines – now they were the line. . .Just before the tanks arrived, a platoon of Fusiliers arrived carrying their wounded platoon leader. Bolstered by the foot soldiers, the cooks and mechanics of the 229th engaged the German vehicles.
Attacker: German (Elements of 3rd Panzer Division)
Defender: British (Elements of 229th Field Artillery) 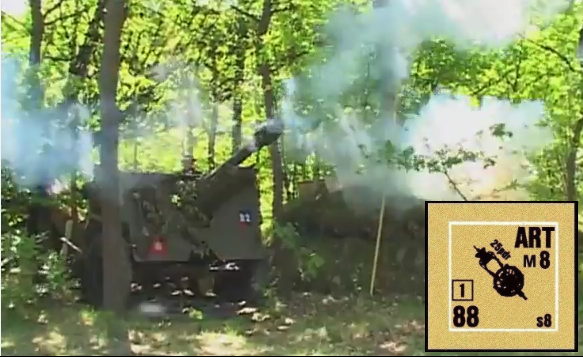