Germany’s army was beaten. The Rhine River had been crossed at Remagen and elsewhere. As more and more of the Allied forces closed in on the Rhine, there was a growing tendency to simply take it “on the run” rather than shift to an existing bridgehead. In the St. Goar sector, the U.S. 87th Infantry division made good use of a heavy morning mist to get two battalions across the river undetected. The Germans, though totally disorganized, did form a semblance of defense based on the local headquarters unit. . .
Attacker: American (87th Infantry Division)
Defender: German (Wehrkreis XIII) 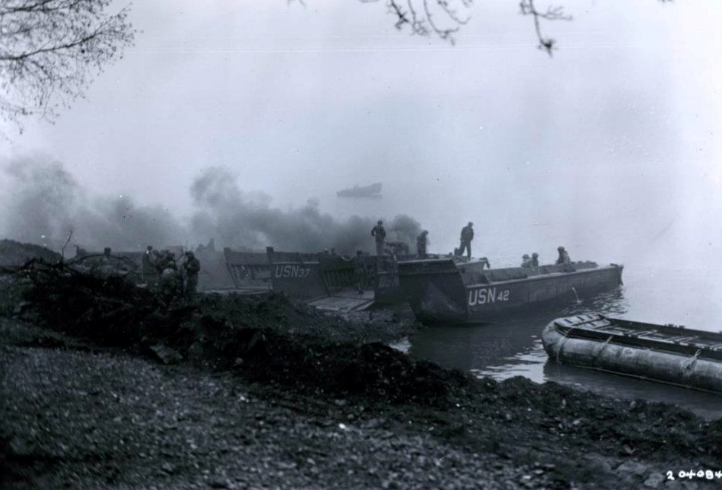