The German Bulge Offensive had surprised the Americans both in its size and intensity. Desperately, the Americans formed scratch defenses to buy time so the key road junction of Bastogne could be reinforced. The Germans had to be delayed or stopped as they drove along the roads to Bastogne. In the early hours, elements of the 44th Combat Engineers, supported by fragments of the 707th Tank Battalion, took over the responsibility for the road leading to Wiltz from the border with orders to hold for at least a day. The engineers felled trees, cut fire lanes and spread mines, making the passage a tough proposition. . .
Attacker: German (Volksgrenadier Regiment 39/Panzergrenadier Regiment 902/Jagdpanzer Reinforcements)
Defender: American (44th Combat Engineers and 707th Tank Battalion) 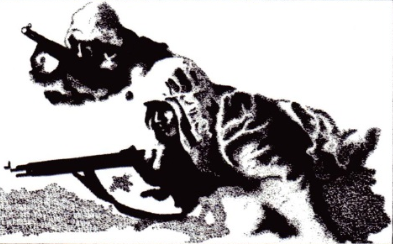