After their paradrop into Holland, the Polish airborne troops tried to consolidate their positions while awaiting the expected approach of British armor to push up from Nijmegan. The first British troops to link up with the Poles was 5th Troop of the 2nd Household Guards consisting of two Daimler scout cars and two Daimler armored cars. Except for PIATs they brought on the drop, the Poles lacked any anti-tank weaponry. As if equipped with fore-knowledge of the situation, the 10th Waffen SS Division sent its reconnaissance battalion forward. . .
Attacker: German (SS) (Elements of the Aufklarungs Abteilung 10 of the SS "Frundsberg" Division)
Defender: Polish / British (Elements of 2nd Battalion, 1st Polish Parachute Brigade and C Squadron, 2nd Household Cavalry) 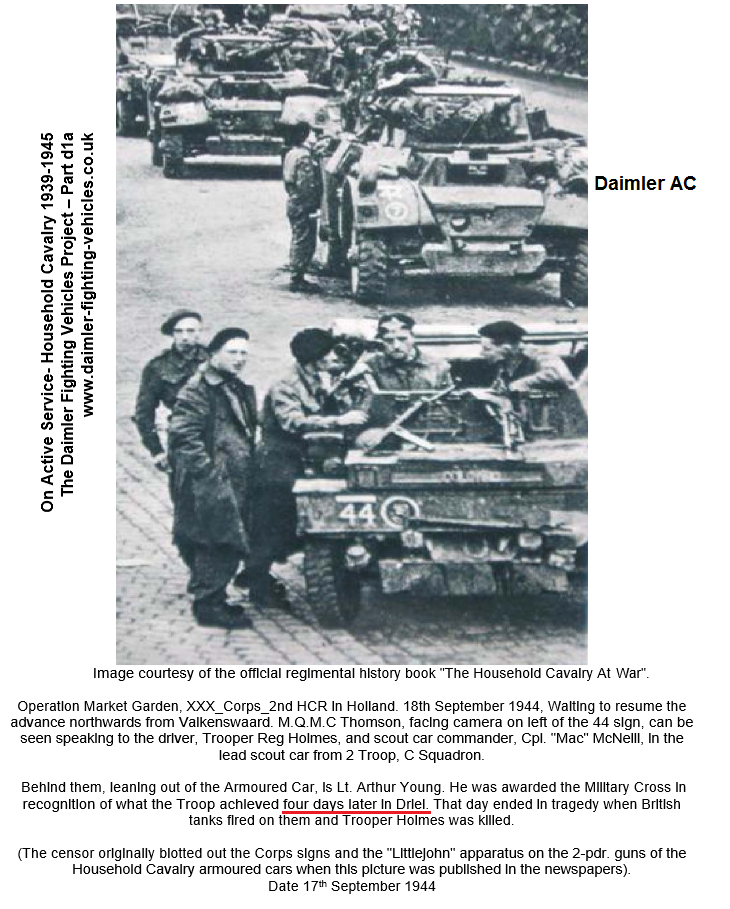