The 1st Panzer Division turned the corner on the BEF in Belgium and was now charging for the channel ports. Their success would seal the fate of the BEF. Over the night of the 22- 23, unloading of a fleet of British tanks was completed in Calais. These new cruiser tanks set out not for the embattled Calais sector, but for the defense line along the canal near St-Omer. Of the 27 shiny Mark II A13s that landed, 23 were sent forward with Lt. Col. Keller to restore the situation. Keller led the way, determined to use the fine new cruiser tanks to their best advantage in this mobile war...
Attacker: British (Elements of the 3rd RTR, 30th Armoured Brigade, 1st Armoured Division)
Defender: German (Elements of the 6th Panzer Division) 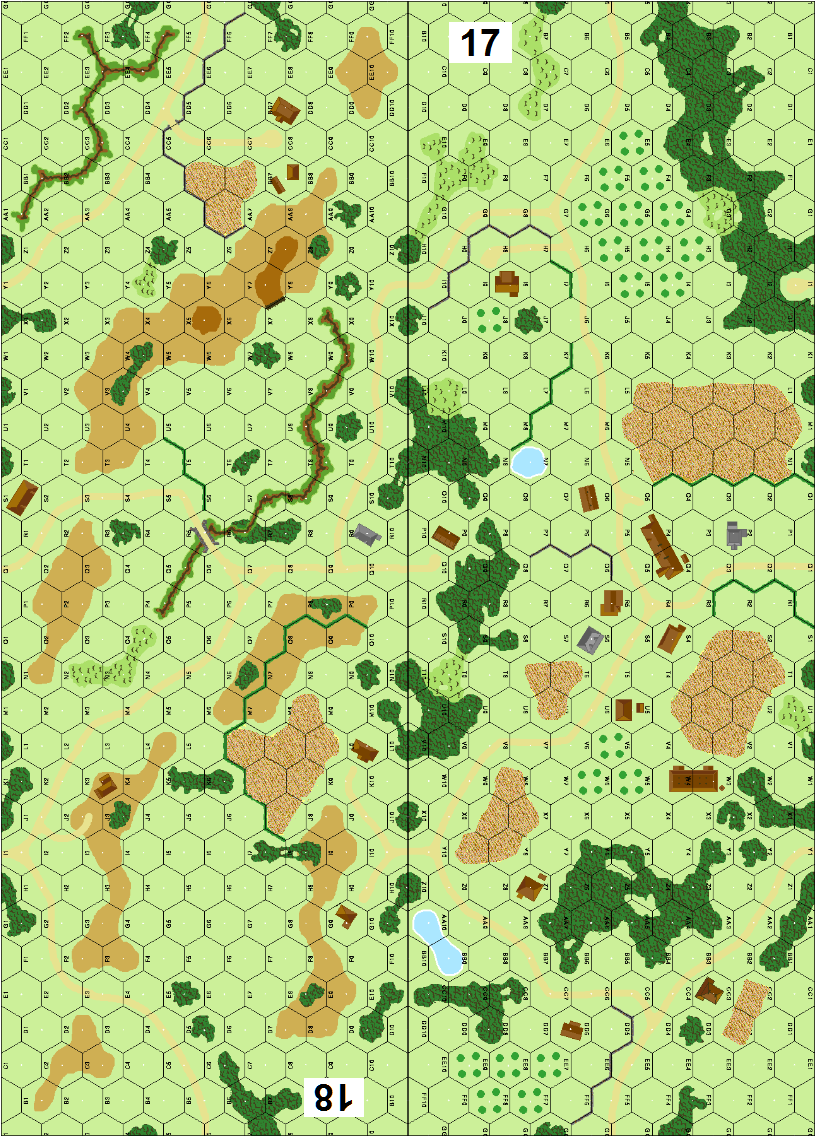