As the battle for the summit raged, soldiers of the 121st Combat Engineer Battalion worked their way around the south flank with orders to seize the village of Voshchinino and the nearby fortifications. With a platoon of Tigers watching from the heights, the engineers set out from the protection of their own lines, heavily laden with extra grenades, smoke grenades, and flamethrowers.
Attacker: German (Elements of the 121st Pioneer Battalion, 121st Infantry Division and the 502nd Heavy Panzer Battalion)
Defender: Russian (Elements of 33rd Rifle Division and 1st Shock Army) 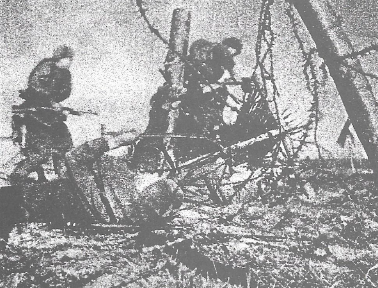