As strategic attention began to shift to the more mobile battles of the Soviet Bagration offensive to the south, most of the remaining mobile tanks of the 502nd were sent to the rear for repairs and to rest the crews. Three tanks under the command of Lt. Eichhorn remained behind as a reaction force at the 1st Battalion’s Headquarters. On the evening of 28 June, the Russians formed a tank-infantry reconnaissance in force, launched into the tender center of the German lines.
Attacker: Russian (Elements of the 1st Shock Army)
Defender: German (Elements of the 502nd Heavy Panzer Battalion) 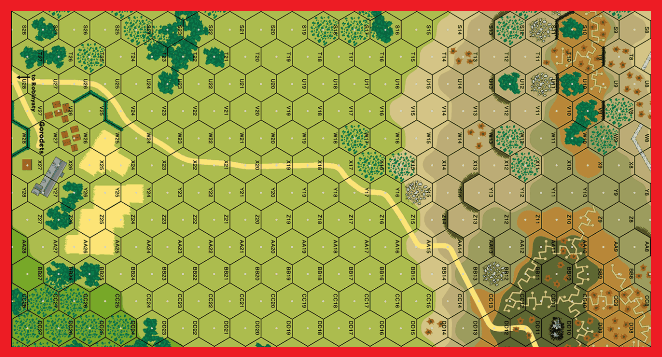