The Germans launched Operation Polar Fox, an assault against the key town of Salla, located just inside the new Finnish/Soviet border. The attack was to be made by the German XXXVI Corps assisted by the Finnish III Corps. The 169th Infantry Division was to assault Salla from the west, against the formidable defenses on Salla Heights just outside of town. The 6th SS Mountain Division, made up of reservists, was to push from the south and surround Salla. The Germans crossed the border on July 1st but quickly ran into trouble, having extreme difficulties in maneuverability and combat. . . .How does infantry go about tackling a steel beast? Well this scenario will answer that question. Set on boards 32 and 38, the Germans get 12 squads to capture some buildings and maybe even taking out a KV-2 tank. The Russians get the tank and 9 squads to help in the defense. Bone up on CCV and DC attacks.
Attacker: German (Elements 169th Infantry Division)
Defender: Russian (Elements 128th Rifle Corps) 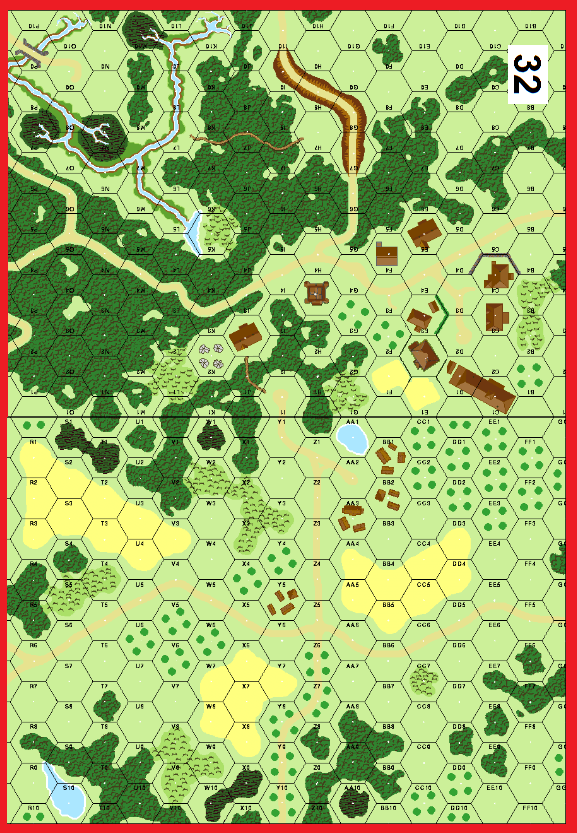 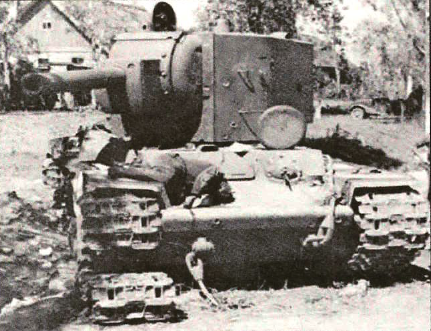 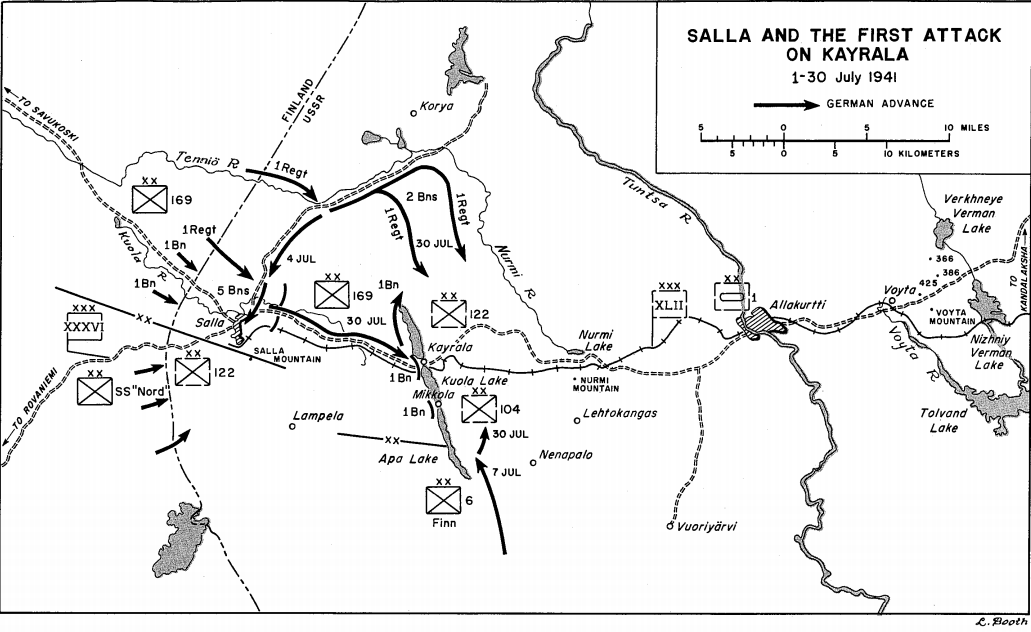