The American troops of the 99th Infantry Division, new to the war in Europe, had held positions in the Ardennes since November. They had been supporting the 2nd Infantry Division's December attack to gain the Roer River dams, and as a result were not surprised to be woken by heavy shelling on the morning of 16 December. The men of the 99th simply assumed this was a standard German response to the American attacks. After the shelling stopped, there was a stillness in the heavy morning mist. While the Americans brushed debris away and checked themselves for wounds and their weapons for readiness, two kilometers away the Germans of Volksgrenadier Division 277 were also preparing for battle.
Attacker: German (Elements of the attached Fusilier Company, Volksgrenadier Regiment 990, Volksgrenadier Division 277)
Defender: American (Elements of 2nd Battalion, 394th Infantry Regiment, 99th Infantry Division) 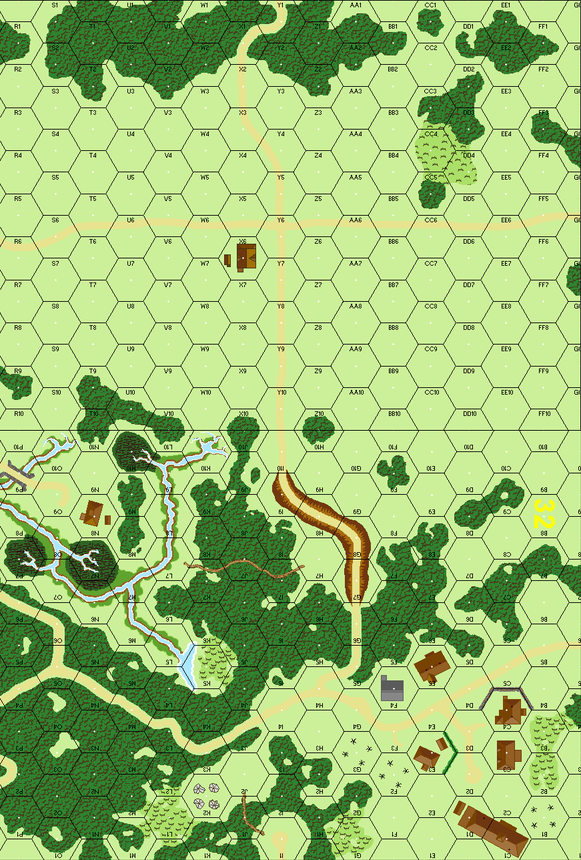