Infantry Regiment Grossdeutschland, reinforced by artillery and engineers, crossed the Belgian frontier about midday encountering little resistance. An enemy force, comprised of elements of a French Cavalry and motorized reconnaissance units, had taken up positions in Etalle The Infanterie Regiment Grossdeutschland was dispatched to handle the situation. Upon arriving in village of Etalle, Grossdeutschland found the fighting was serious. Houses had been shot up, telephone wires hung down everywhere, on the corner sat a bullet-ridden civilian automobile. The bridge at the entrance to the village was barricaded and held by the French who were under heavy rifle and machine-gun fire coming from the houses behind it. Major Föst assessing the situation personally took command of the 5th Company and moved to launch an attack.
Attacker: German (Advanced guard and Kompanie 5, Infantry Regiment Grossdeutschland)
Defender: French (Elements of 5th Division Legere de Cavalerie) 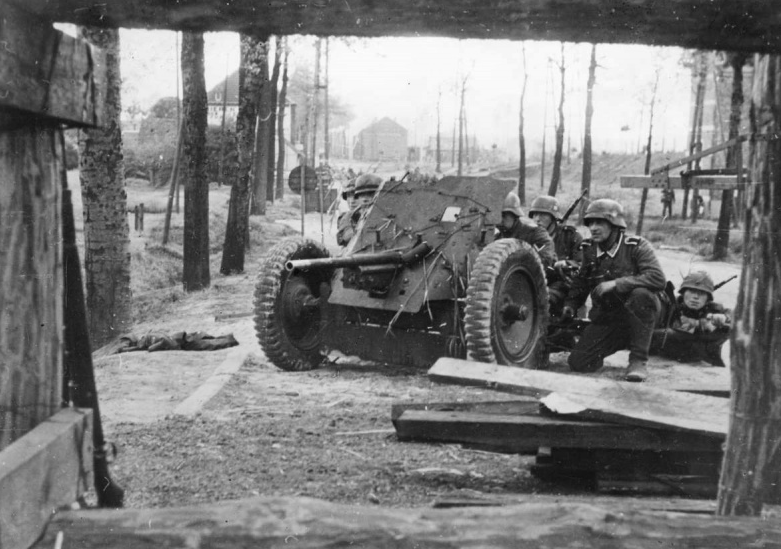