The Russians were benig forced back to the Dneiper River by the German infantry divisions thrusting from the west and south. A Russian battalion, forming part of an infantry brigade, received orders to dig-in south of a heavily forested crossroad leading to Kanev and to hold out to the last man. The German 169th Infantry Regiment of the 68th Division, moving from the south, was to capture that crossroad and establish contact with German forces driving towards the Dneiper from the west. The Russian main battle position was organized in-depth within the forest; complete with well-camouflaged foxholes, wooden mines, and plenty of snipers. At 0900, the 1st Battalion of the 16th Infantry Regiment approached the forest from the south.
Attacker: German (1st Bn., 169th Inf. Regt., 68th Infantry Division)
Defender: Russian (Russian Bn.) 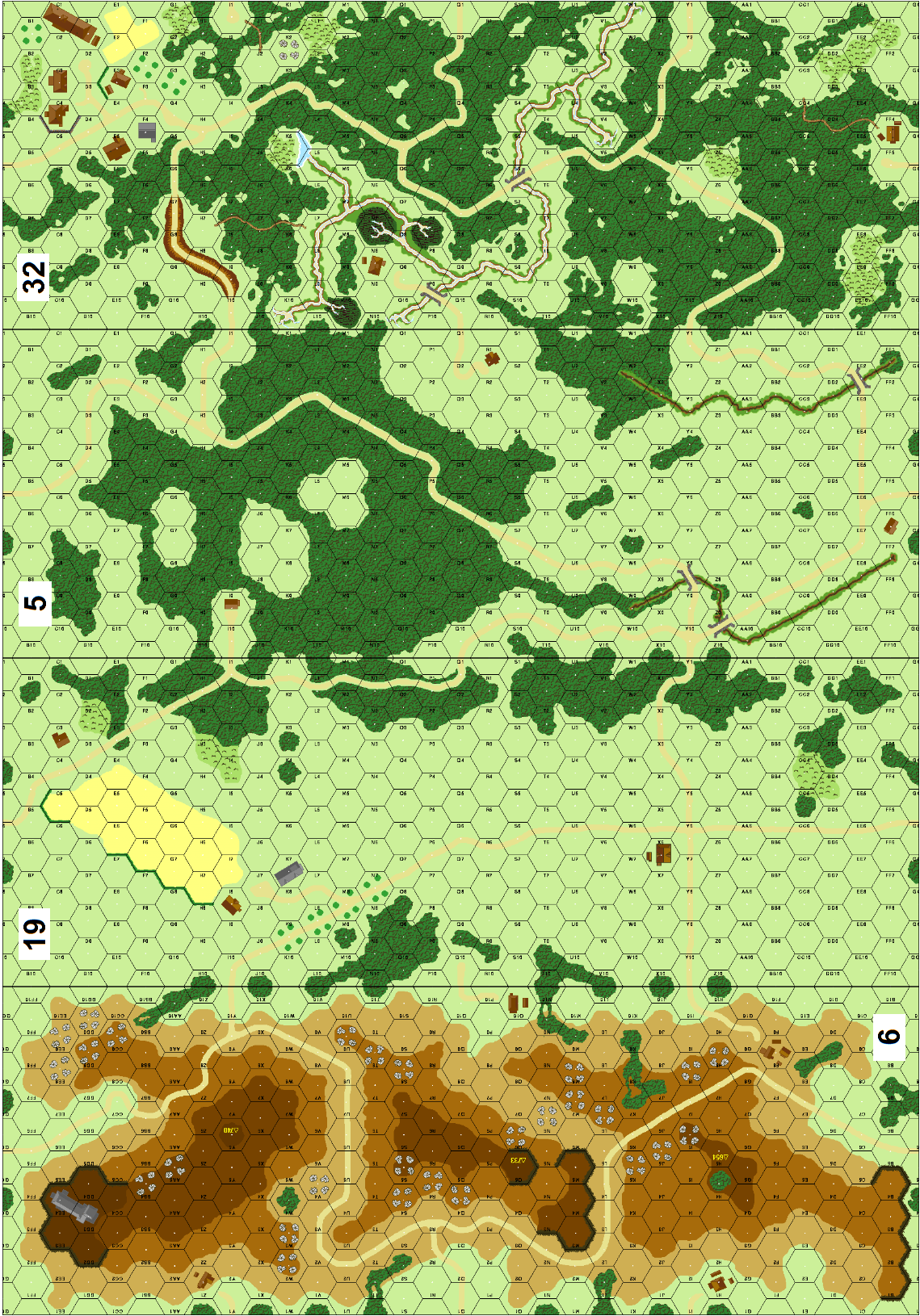 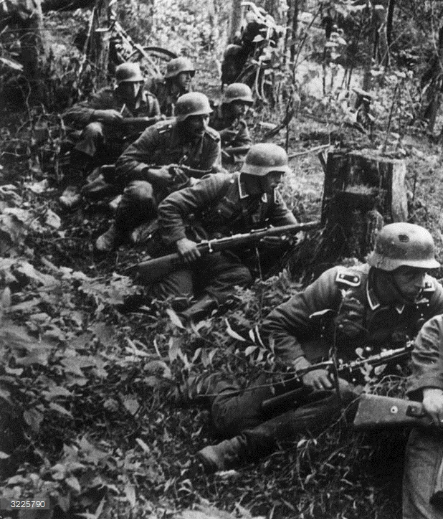