The envelopment of Minsk on the 3rd of July by the 3rd and 1st Byellorussian fronts left enormous numbers of German troops isolated in scattered pockets to the east of the city. 28 of the 40 divisions of Army Group Center were trapped and surrounded. Eliminating these units became a major objective of Soviet infantry formations for the next two weeks. Breakout attempts were well organized as many of the divisions retained a coherent command structure and troops were well armed. Numerous skirmishes and battles arouse as divisional groups, containing several thousands of men, tried to move westward. By the second week German units were forced to break up into smaller detachments and were not as obvious to Soviet reconnaissance flights. The Red Army created special composite detachments, consisting of infantry companies and battalions supported by a few tanks and some heavy weapons, to comb the woods for remaining German groups. These isolated stragglers were nicknamed "Ruckkampfer" by the Russian units.
Attacker: Russian (3rd Byelorussian Front)
Defender: German (Scattered elements of the 4th Army) 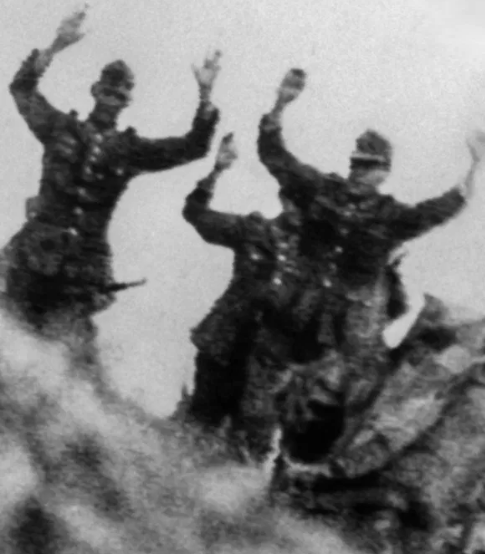