"A Train for Arnhem" -- Two days after the launch of Operation Market-Garden, the 82nd Airborne Division was still trying to gain it’s objectives. The Germans occupied the heights south of Nijmegen as well as the northern part of the city, in particular the two bridges which spanned the River Waal. The Germans, in the form of Kampfgruppen hurriedly assembled from the remnants of resting units, had proved too strong for the Paratroops on their own. The arrival of the forward detachments of Guards Armoured Division was timely, and a new assault on the Nijmegen bridges was begun. While a strong force attempted to seize the main road bridge, a more modest force consisting of a U.S. Paratroop company, a platoon of British infantry and a troop of tanks were to take the railway bridge. The bridge was defended by elements of KampfGruppe Henke, a temporary battalion formed from regular infantry, Luftwaffe ground personnel and even Nijmegen rail installation guards, supported by an anti-aircraft gun. Although the railroad was seized without much difficulty to within 200 meters of the railroad bridge, the enemy had grown significantly in strength by the time the combined force encountered a strongpoint defended by machine guns and an 88mm gun.
Attacker: American / British (D Company, 505th PIR, 82nd Airborne/1st Motorized battalion and 2nd Grenadier Guards, Guards Armoured Division)
Defender: German (Kampfgruppe Henke) 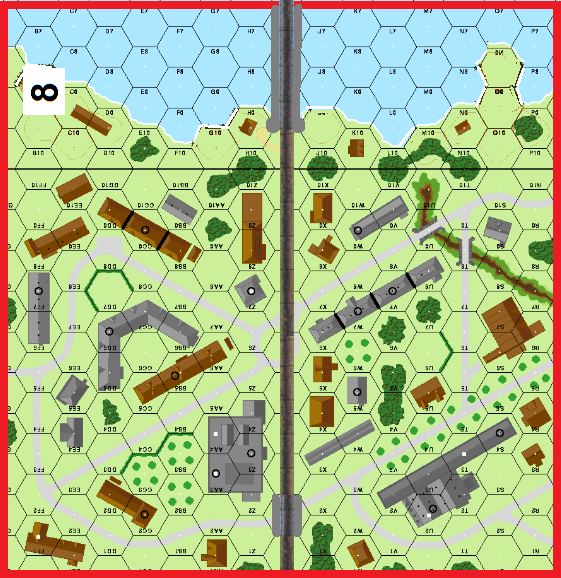 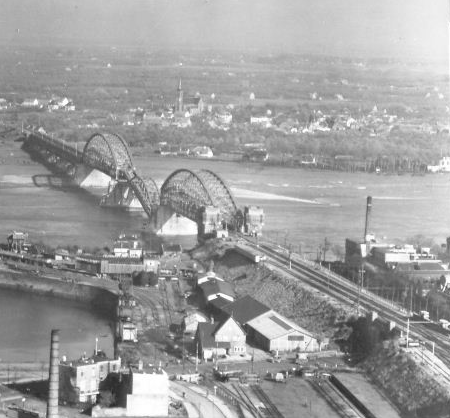