"Gallant Last Stand?" - - - The goal of Operation Torch, launched on 8th November 1942, was to seize the important port of Oran, Algeria. The US 1st Ranger Battalion, a unit of elite commandos trained by the British, were tasked with neutralizing the batteries protecting the port of Azrew, northeast of Oran, to allow the landing of units from the US 1st Infantry Division. The Allies were hoping that the defenders would be content with a few symbolic shots in defense. While the Rangers did fulfill their mission, elsewhere the resistance encountered by the Americans was far more than a symbolic gesture. Far from dropping their weapons, the Vichy forces were preparing to counter-attack even the next day. Indeed, at dawn, the 2nd Regiment of Algerian Tirailleurs encircled a portion of the US 16th Infantry Regiment in the village of La Macta, east of Arzew. E Company, 1st Ranger Battalion then received orders to push eastwards to La Macta from the village of Port-aux-Poules. - - - - Victory Conditions: The American player wins if he scores more VP and achieves his chosen victory conditions (see SSR 6). The American player loses if he suffers more than 8 CVP.
Attacker: American (E Company, 1st Ranger Battalion and vehicles of Cannon Company, 16th Infantry Regiment)
Defender: Vichy French (Elements I/2nd Regiment Algerian Tirailleurs) 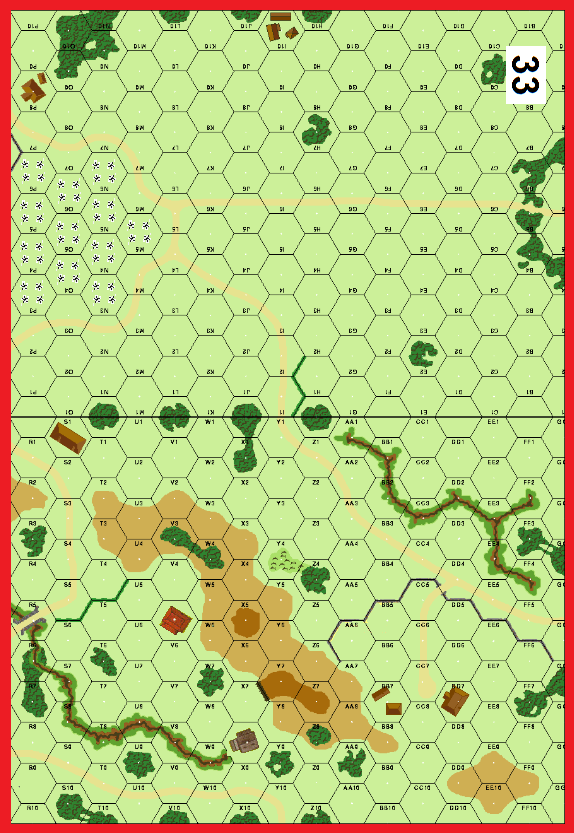 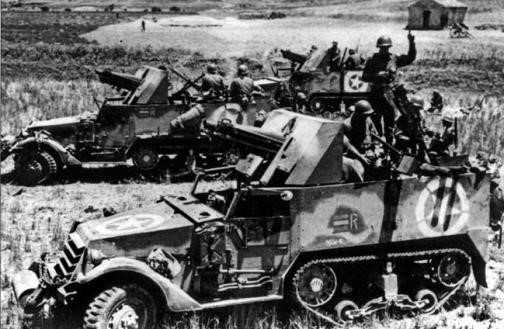