"Unknowing" -- As part of the attack through the Ardennes, a detachment from the elite Grossdeutschland Regiment was to airlifted by Fieseler Storch aircraft to seize control of certain key road junctions, compromising the Belgian defenders and slowing the arrival of French reinforcements. The operation received the name “NIWI” from the first syllables of the main villages of Nives and Witry. For the soldiers of the GD, kept in the dark, it represented a contraction of “Nie Wissen” {They do Not Know) and hence indicated the character of the operation. What the Germans did not know was that the Belgian troops in the area had been ordered to withdraw and not engage in combat. On 10th May, Operation NIWI began in great confusion. Following a navigational error, part of the group dedicated to Nives was actually put down south of Witry, 15 kilometres from their goal. Nevertheless, the second shuttle arrived to occupy Nives, albeit 2 hours late. Fortunately for the Germans, the Chasseurs Ardennais, totally surprised, were slow to react. The attackers were able to sever telephone lines, establish roadblocks, and establish a defensive position awaiting the arrival of the 2nd Panzer Division. While the defensive position did not slow the movement of Belgian troops moving to establish a position to the east at Strainchamps, as a result of the GD troops cutting their lines of communication, the Belgian troops never received orders to react to the situation. --- Victory conditions: The Allied player wins if there are less than 5 Good Order German squads/equivalents in Board 12 building hexes between rows M & V inclusive, while having more CVP than that suffered
Attacker: French / Belgian (French Detachment 2, 5th Regiment d‘automitrailleuses and 5th Regiment d‘automitrailleuses & 15th Regiment de Dragons Portes and Belgian 10th & 11th Cos., Chasseurs Ardennais)
Defender: German (Detachment of 11th Company, Grossdeutschland Infantry Regiment and lead elements of the 2nd Panzer Division) 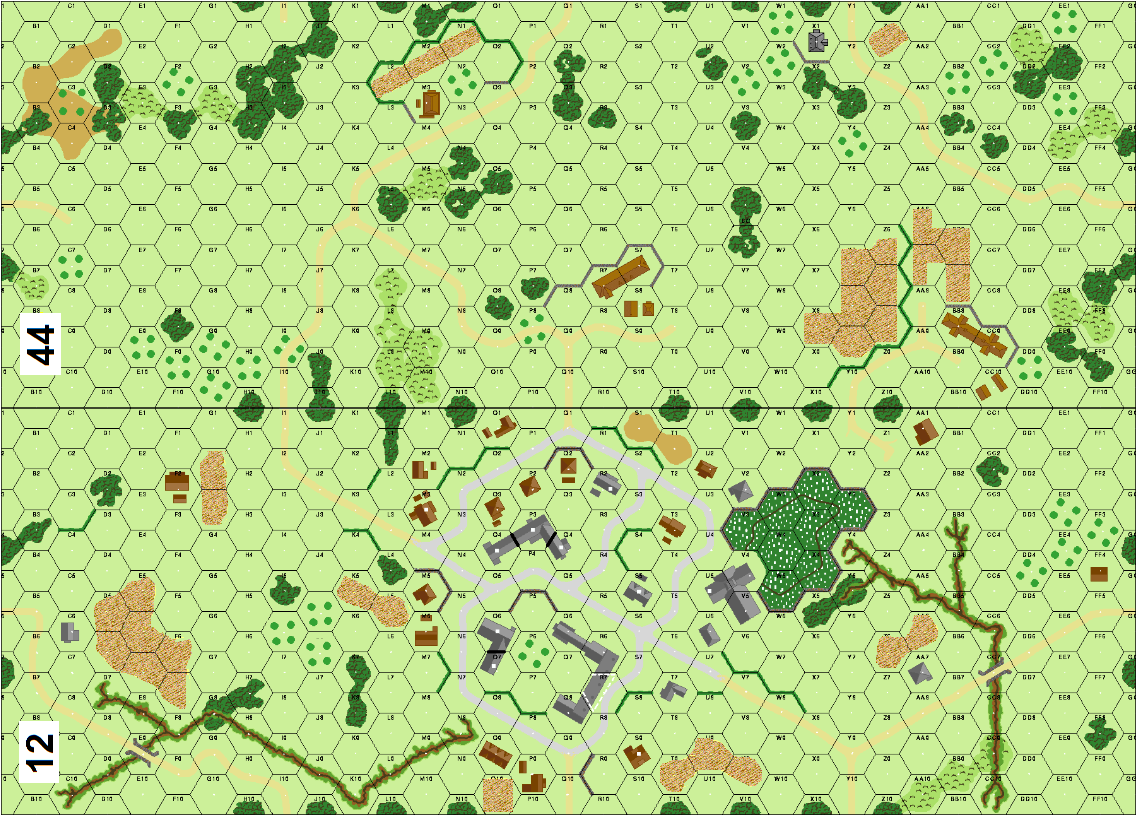 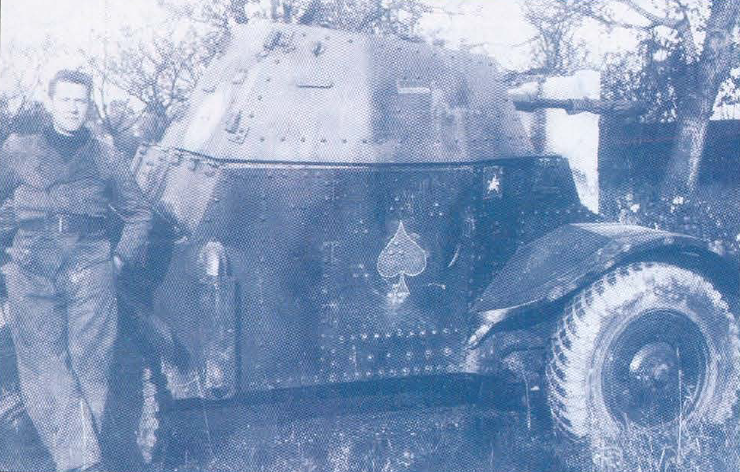