Launched on 26th June, Operation Epsom, after heavy fighting, was able to pierce the front of the 12th SS Panzer Division “Hitler Jugend”. The inexperienced troops of VIII Corps seemed to be able to accomplish their mission, to break through to the south-east and encircle the German defenders of Caen. However, on the ground, the defenders did not shirk the fight despite their losses and fought desperately for every meter of ground. The 10th Highland Light Infantry, supported by Churchill tanks was tasked with capturing the village of Grainville, a secondary defensive position which was held by Panzergrenadiers, supported by a handful of PzKfw IV’s. Despite the artillery preparation before the attack began, the attackers found themselves under fire from machine guns in well-camouflaged positions. When the Churchills moved in, several were struck by anti-tank fire. Stretcher bearers evacuated the wounded, and a new result was launched, under fire from machine gun, mortar and panzer. - - - Victory conditions: The British player wins by exiting > 20 CVP (including at least 10 of infantry) in Good Order off the southern edge of the board.
Attacker: German (SS) (Reinforced elements II/26th SS Panzer Grenadier Regiment)
Defender: British (Elements 10th Highland Light Infantry & 7th Royal Tank Regiment) 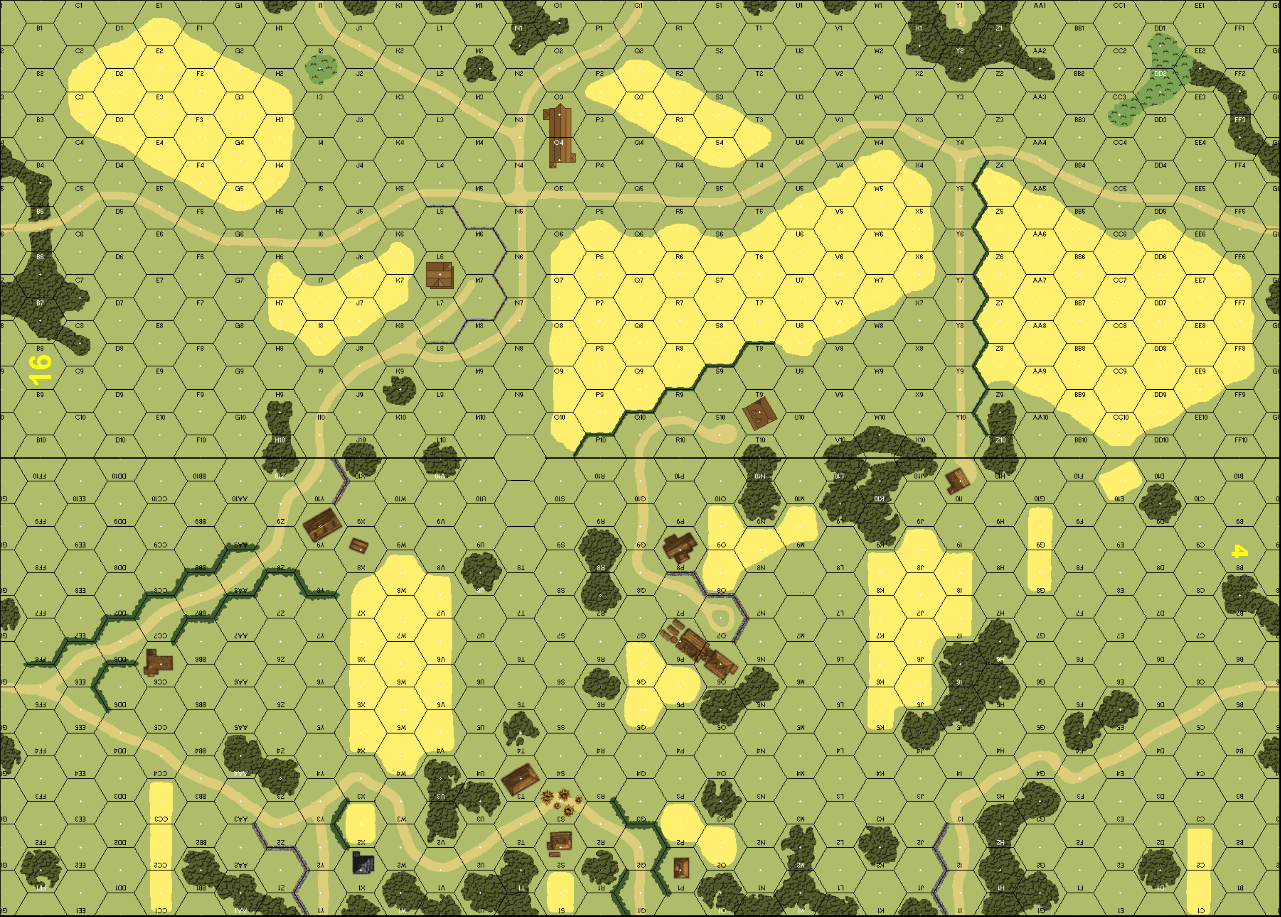 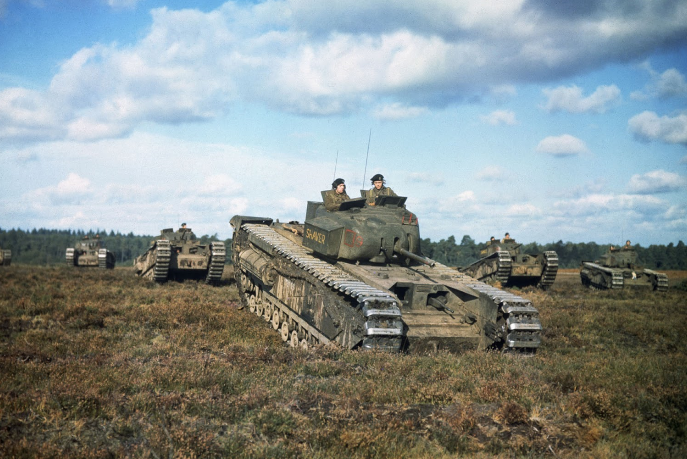