Elements of the Infantry Heavy KG of the Herman Goering Division began an attack against the 1st Battalion, 180th Infantry Regiment. After missing its jump off time by nearly 5 hours, the Germans began their drive toward the Acate River crossing at Ponte Dirillo. They immediately ran into the American battalion. The Germans led with their infantry, hoping to push aside the Americans. The Tigers followed after the infantry had engaged, but the 1st Battalion refused to give in, forcing the attackers to withdraw. Later, the Tigers of the 215th Tank Company led the assault with a much better outcome.
Attacker: German (Infantry Heavy Kampfgruppe, Hermann Goering Division and the 215th Tank Company)
Defender: American (2nd Battalion, 180th Regiment and 505th Parachute Infantry Regiment) 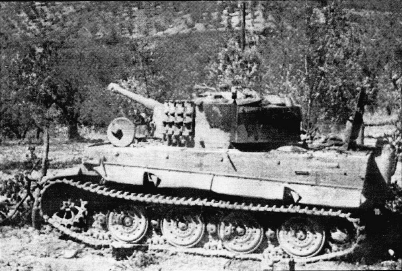