Oberfeldwebel Hermann Bix served in the 4th Panzer Division and was one of Germany’s leading tank killers. While commanding a Panther he recorded over 50 killed Russian tanks in a six month period in 1944 and had two vehicles shot out from under him. After recovering from the latest of these, he returned to 4th Panzer in March 1945. There were few Panthers remaining by this time, but the division had come into possession of six Jagdpanthers. Bix was given command of this platoon of tank destroyers. Meanwhile, the Russian advance had reached the Baltic coast and captured Prussian Stargard, which effectively cut West and East Prussia off from the rest of Germany. With no choice but to fall back eastward to Danzig, Bix and three of his Jagdpanthers were ordered to block any enemy advance to buy time for the retreating infantry. Several tank crews from the 4th Panzer whose vehicles had been destroyed joined him. They were all that stood between the Russian advance and the German retreat into Danzig.
Attacker: Russian (Elements of the 2nd Shock Army)
Defender: German (Elements of the 4th Panzer Division) 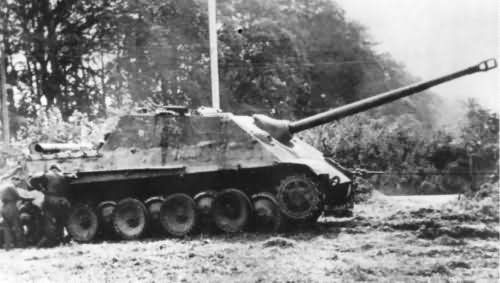