Groningen's 150,000 strong population, still feeling the effects of the “Hunger Winter”, waited a long time for liberation before hope was restored by the approach of the Second Canadian Division. Salvation would not come easy; the city was the flank of the German Westwall fortifications, and home to 21 batteries of FlaK guns defending Emden and the Ems Estuary as well as a garrison of over 7000 troops. The Canadian divisional commander forbade the use of artillery fire in order to protect the civil populace, then sent his three brigades to attack from different directions. The Calgary Highlanders led the Fifth Brigade effort by seizing a river crossing on the west side of the city. The Black Watch then passed through, hoping to seize bridges over the ring canal - a giant moat surrounding the “old city” - for Le Regiment de Maisonneuve to cross.
Attacker: Canadian (A and B Companies, Black Watch/Black Watch Pioneer Platoon and Divisional Engineers)
Defender: German (15th Army/Dutch SS/FlaK Battery) 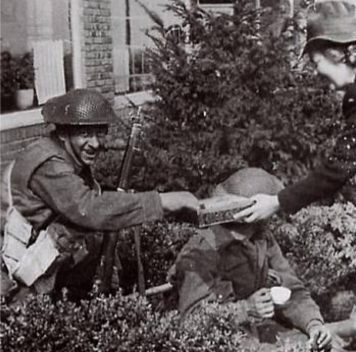