Slight retooling of the "Smasher Karl" scenarios. . .West of the Soviet bridgehead at Kustrin lay the sandy, horseshoe-shaped plateau of the Seelow Heights. It ranged in height from one hundred to two hundred feet and overlooked a soggy valley known as the Oder Bruch. The Russians would have to cross this valley under the guns of the 56th Panzerkorps commanded by Karl Weidling, known as 'Smasher Karl'. . .
Attacker: Russian (Elements of the 8th Guards Tank Army)
Defender: German (Elements of Gruppe A, 56th Panzerkorps) 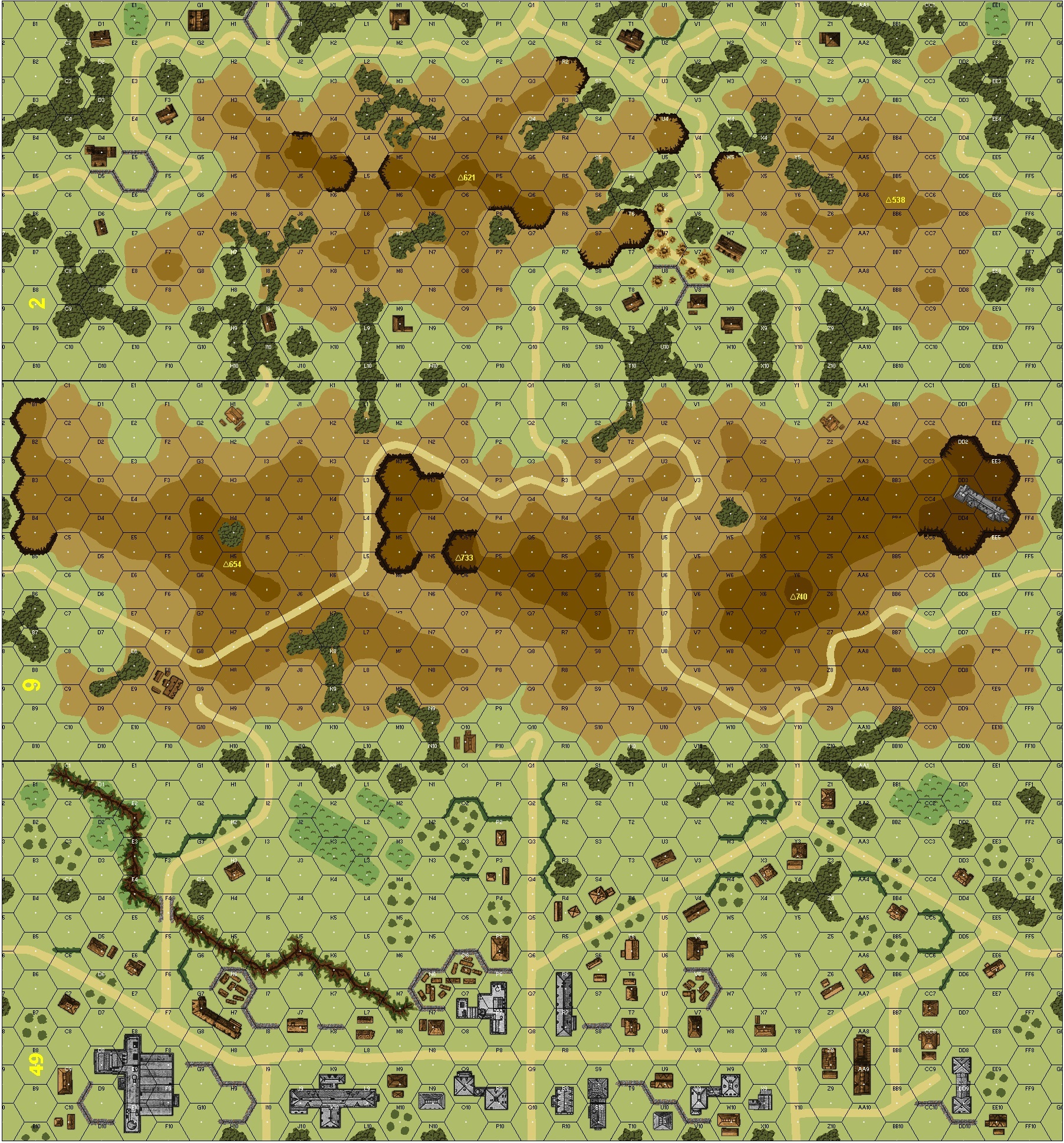