By late morning, the 1st Battalion, 23rd Infantry Regiment was finally able to cross Purple Heart Draw, but had suffered heavy casualties. Meanwhile on the east side of St-Georges-d'Elle, the Germans still held the lower end of Purple Heart Draw. It was decided that in an effort to draw off any Germans from reinforcing their position in front of the 1st Battalion’s main effort, the 3rd Battalion, 23rd Infantry Regiment would launch a series of diversionary attacks. Company L, 23rd Infantry Regiment started forward, tasked with the clearance of the eastern half of St-Georges-d'Elle, but no sooner had it cleared the last hedgerow just north of the town, when it too came under heavy fire...
Attacker: American (Co. L, 23rd Inf Regt and Co. B, 741st Tank Bn)
Defender: German (II/Fallschirmjäger Regiment 9) 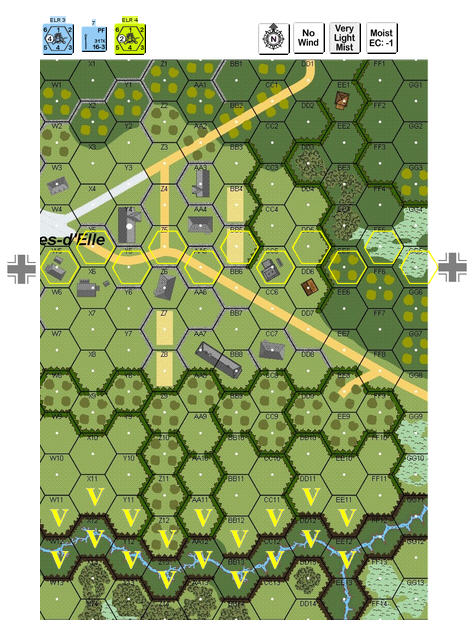 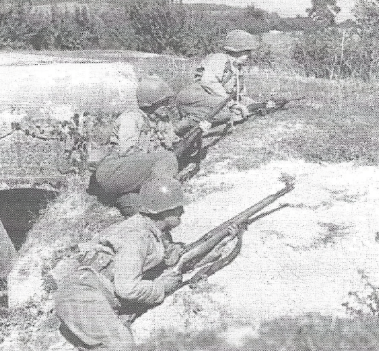