Moving to the right of the 30th Division, the 113th Cavalry Group was to cover that flank and operate offensively toward the west, endeavoring to cut off German forces in the peninsula-like salient of dry ground between the Taute River and the Vire-Taute Canal. By midnight, it had reached a road junction southeast of Goucherie where the advance was stopped by an enemy strongpoint, which they had stumbled upon by chance.
Attacker: American (Elements of Troop A, 113th Cavalry Squadron)
Defender: German (Elements of Östermark Battalion 639) 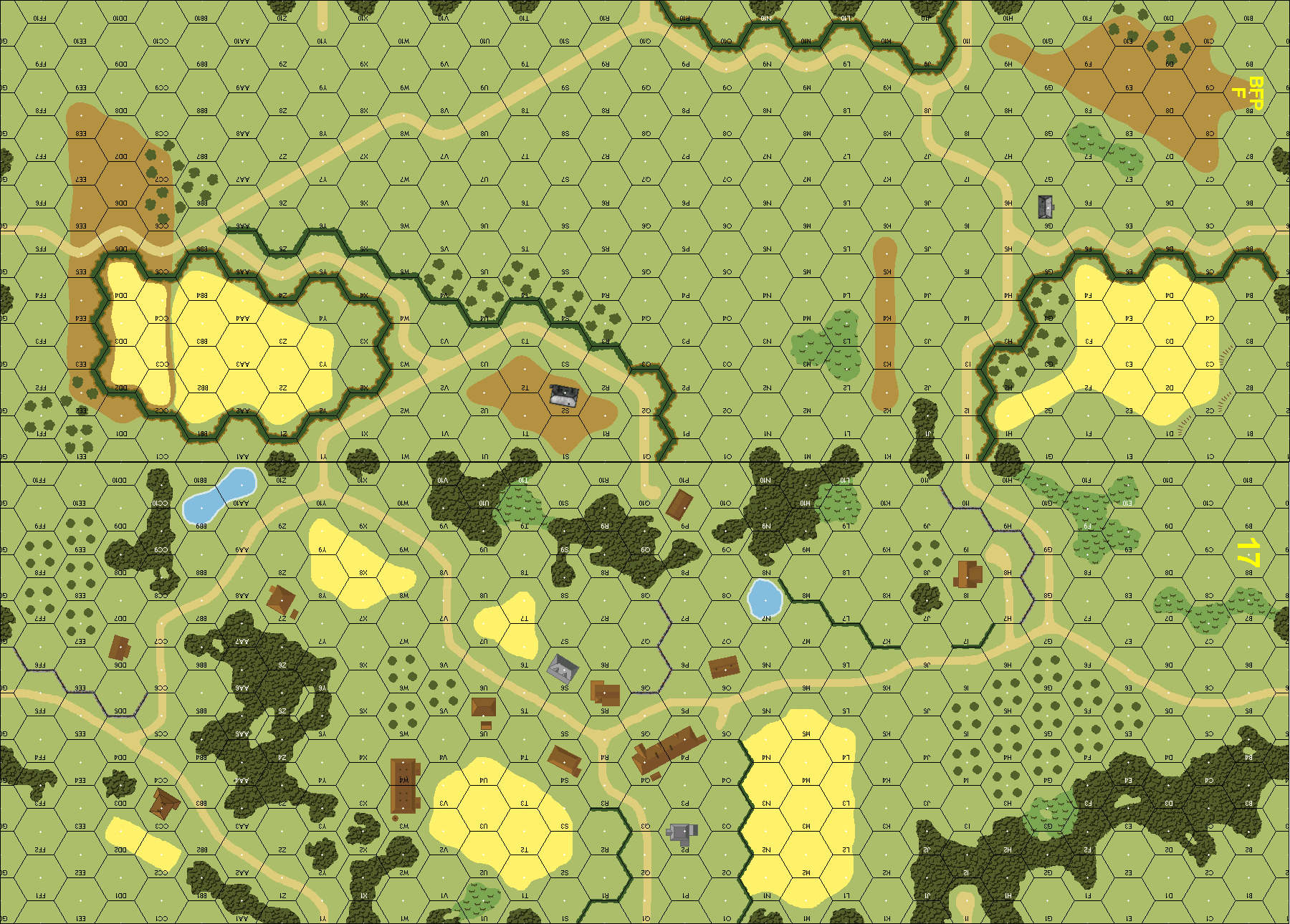 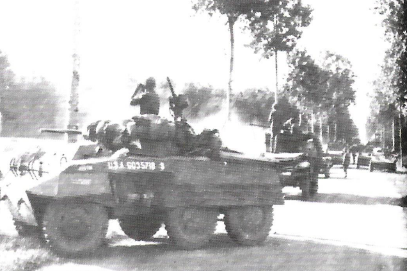