The Red Army had finally reached Berlin. In the suburb of Neukölln, SS troopers and the Russians struggled for control of the courthouse. Not until both flanks had crumbled under Russian pressure and two streets were the only open withdrawal route did the SS battalion commander issue the order to retreat. The SS conducted a fighting withdrawal, and inflicted as many casualties they could before becoming casualties themselves. The plan was to withdraw toward the heart of the crumbling Reich -- the Reichstag and Hitler's bunker -- and make the final stand there.
Attacker: Russian (Elements of 9th Rifle Corps)
Defender: German (SS) (Elements of 11. SS-Freiwilligen-Panzer-Grenadier-Division Nordland and 33. Waffen-Grenadier-Division der SS Charlemagne) 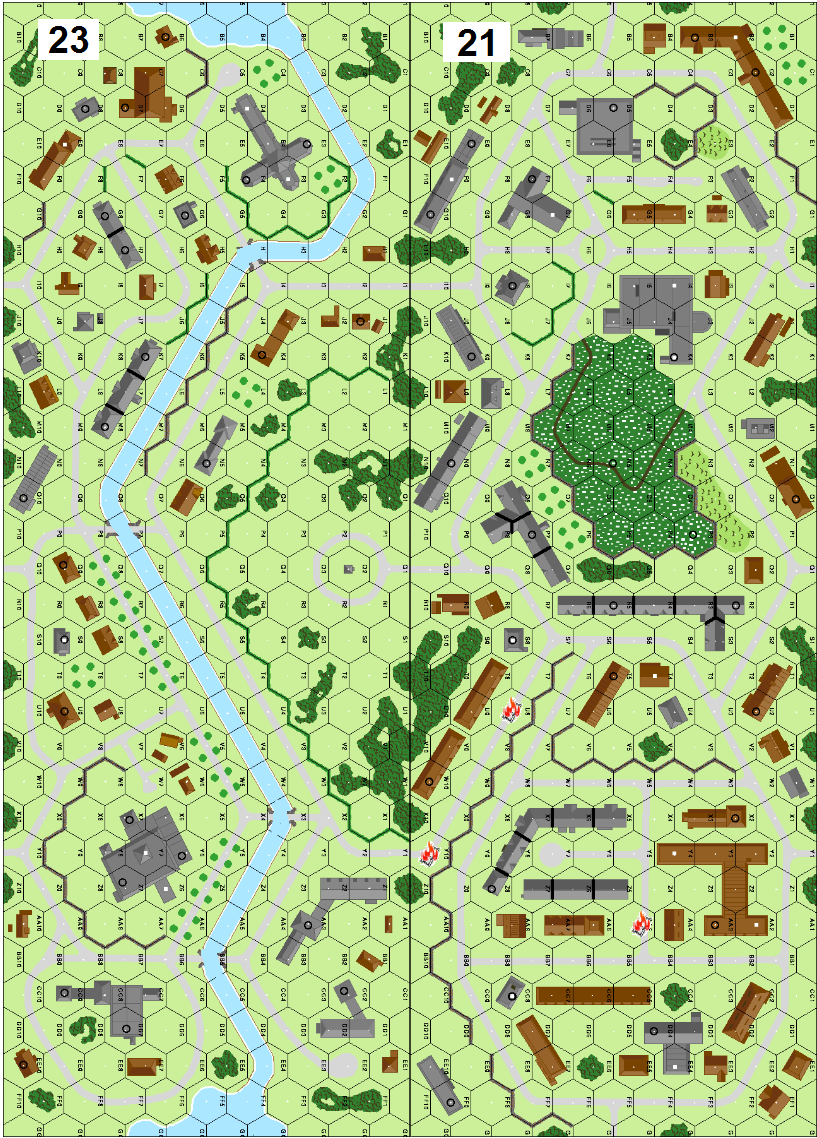