The 506th Parachute Infantry Regiment of the US 101st Airborne Division including the Easy Company undertook a series of manoeuvres during the nights of the 11th and 12th of June 1944 around the town of Carentan. On the morning of the 12th they attacked the town from the East, where German troops were sheltering in the buildings. It was imperative to take Carentan, as the town was situated on the principal crossroads linking Cotentin with Calvados. Allied armour was to pass through this point before attacking Cherbourg, which represented one of the principal objectives in the Normandy battle. Because it possessed a deep water port, Cherbourg was able to take large ships which would facilitate re-supplying the allied troops. (SCENARIO CARD BELOW as MISC FILE)
Attacker: American (Elements of Easy Company)
Defender: German (Elements of 6th Fallschirmjäger Regiment) 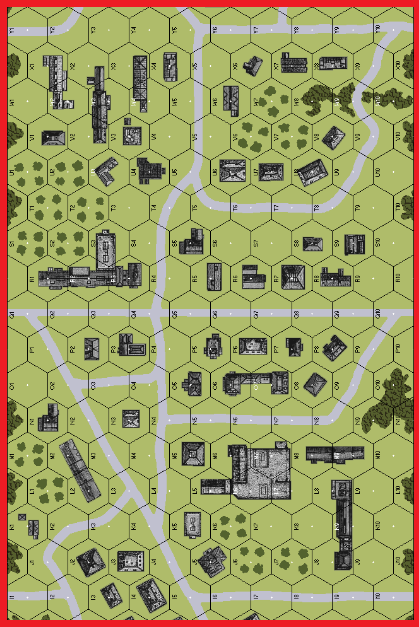 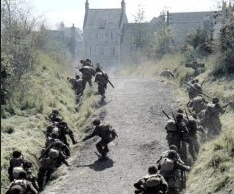