The 101st Airborne had been sent to the South of Holland where she was to participate as from the 17th of September 1944 in Operation Market Garden. A few days after having fought in the liberation of Eindhoven, elements of Easy Company were sent close to the town of Nuenen in order to sound out German resistance to the North East. They were sent on the back of British tanks. The Allies found a detachment of a German Panzer brigade in the village. (SCENARIO CARD BELOW as MISC FILE)
Attacker: American/British (Elements of Easy Company, 2nd Battalion, 506th Parachute Infantry Regiment, 101st US Airborne and Royal Armoured Corps)
Defender: German (Elements of Panzer Brigade 107) 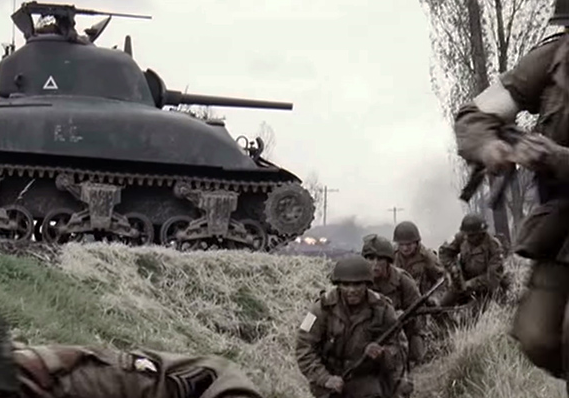