Easy Company launched an assault on the village of Foy. It had been snowing for a long time, and the men were bogged down in deep snow. The watchword of this attack was speed, the attackers could not stop, and the Germans had to be taken by surprise. Easy Company was to attack the town from the south and Item Company of the 3rd Battalion from the north. Just after the start of the assault, Lt. Duke halted his men in the middle of the field with no cover. They suddenly became sitting ducks for the German defenders. . .(SCENARIO CARD BELOW as MISC FILE)
Attacker: American (Elements of Easy Company, 2nd Battalion and Item Company, 3rd Battalion, 506th PIR)
Defender: German (Elements of 76th Volksgrenadier and remnants of 2nd Panzer Division) 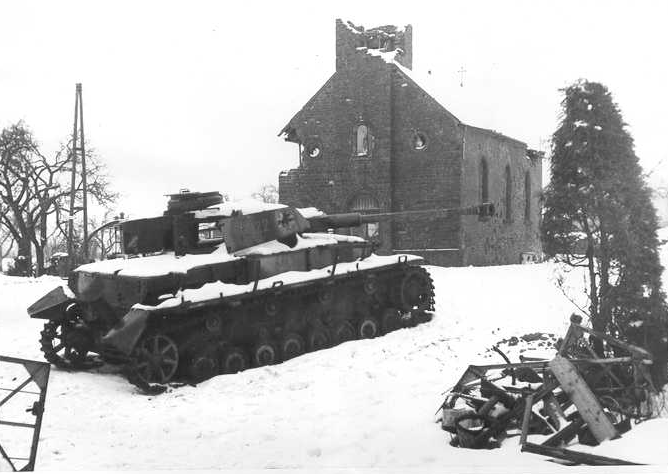 Knocked out VIE in Foy