The objectives of BRUSHWOOD were to silence all coastal batteries, seize the town and port of Fedala as well as all roads and rail lines serving them, and then turn south to envelope Casablanca from the landward side. To reach these objectives, individual battalion landing teams were to come ashore over four beaches along a four-mile arc of coastline bounded by two rivers, the Nefifikh on the east and the Mellah on the west. The first troops ashore were from 1st Battalion, 7th Infantry, reaching Beach RED 2 at 0500 hours. The companies of 1-7 Team moved inland toward Fedala and engaged a surprised contingent of the 6th Senegalese Infantry Regiment.
Attacker: American (Elements of the 1-7 Battalion Landing Team)
Defender: Vichy French (Elements 6th Senegalese Infantry Regiment) 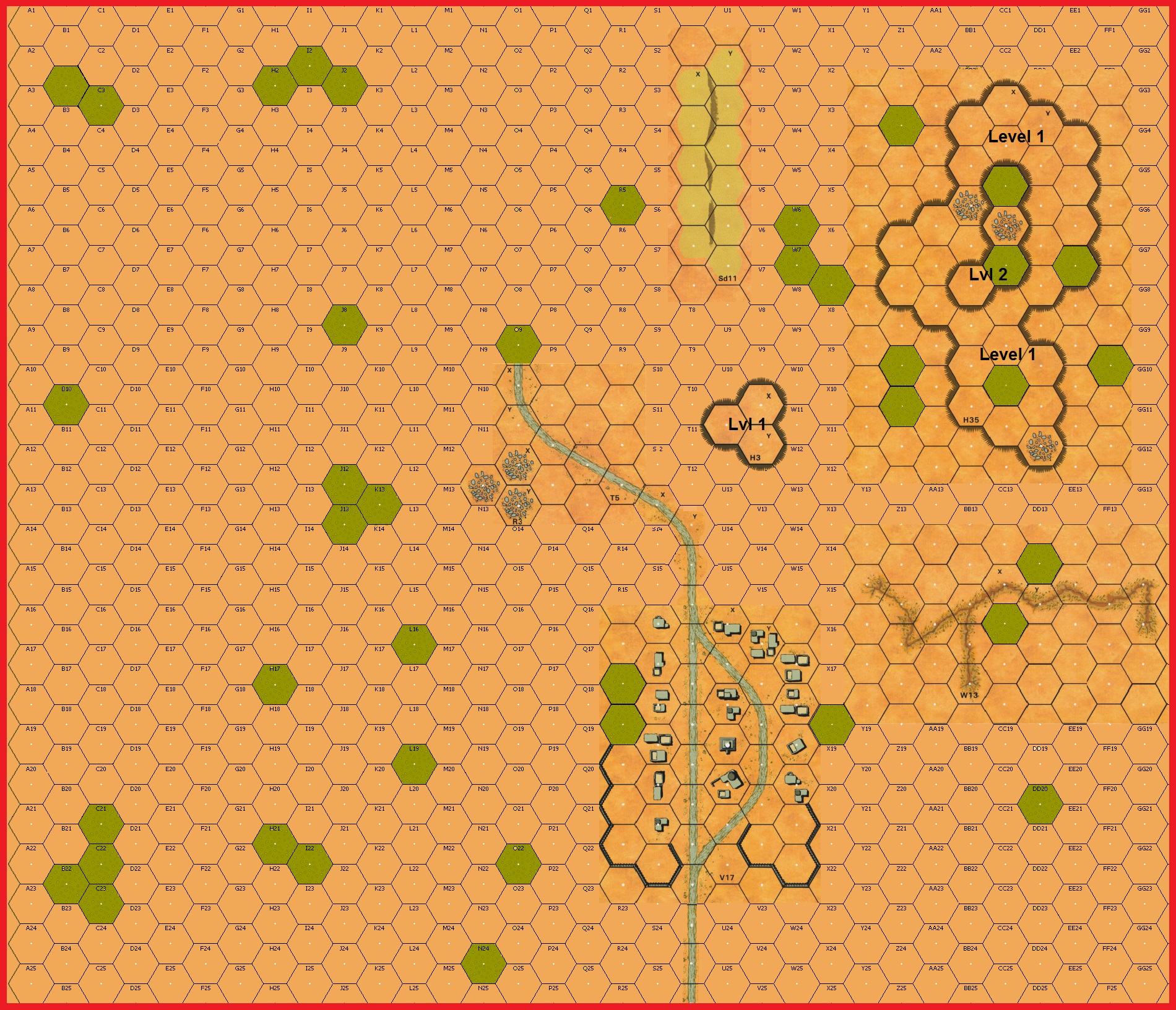 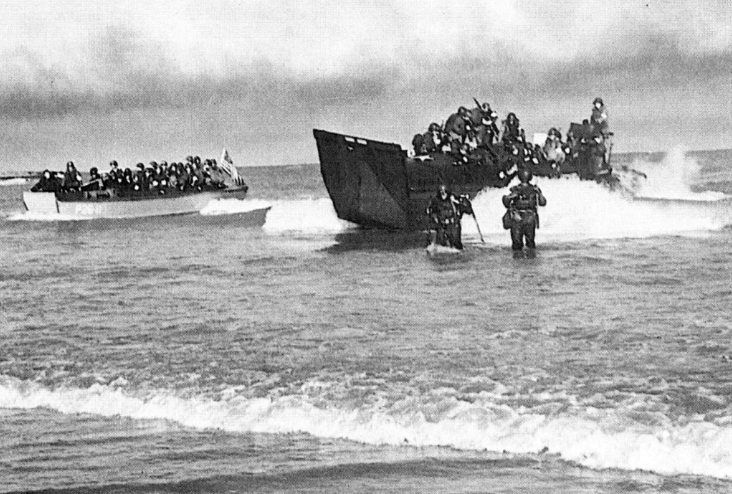 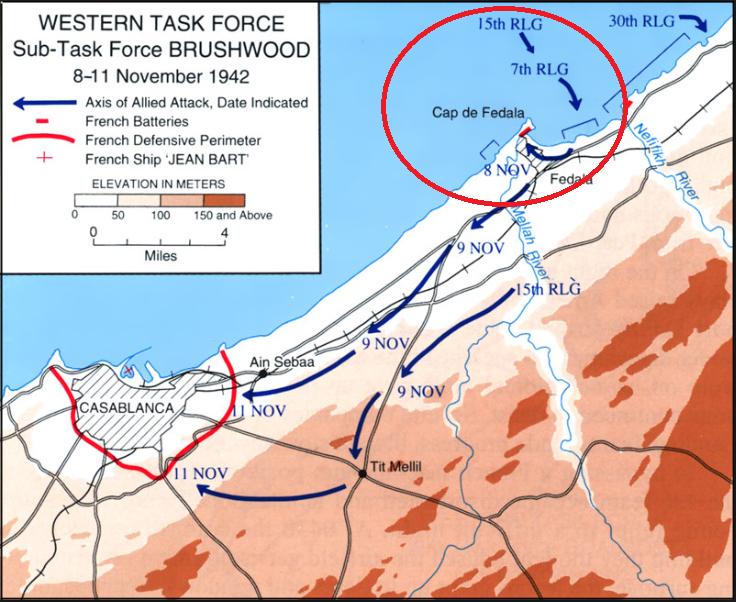