While refueling and reloading shells expended during the raid on Arras, a tank crew belonging to Lt. Harold McGreggor was brewing tea when they were alerted to the presence of a German column advancing along the road into the rear areas north of Arras. McGreggor quickly organized the Security and Supply Company into fire teams while his crew finished loading the last of the 40mm shells into their racks. As McGreggor mounted his tank, the sounds of approaching motorcycles could be heard. A cloud of dust and roar of engine noise announced their arrival as dozens of motorcycles appeared at the end of the street. McGreggor lowered his head through the hatch and ordered his Matilda into motion.
Attacker: German (8th Panzer Division)
Defender: British (1st Army Tank Brigade) 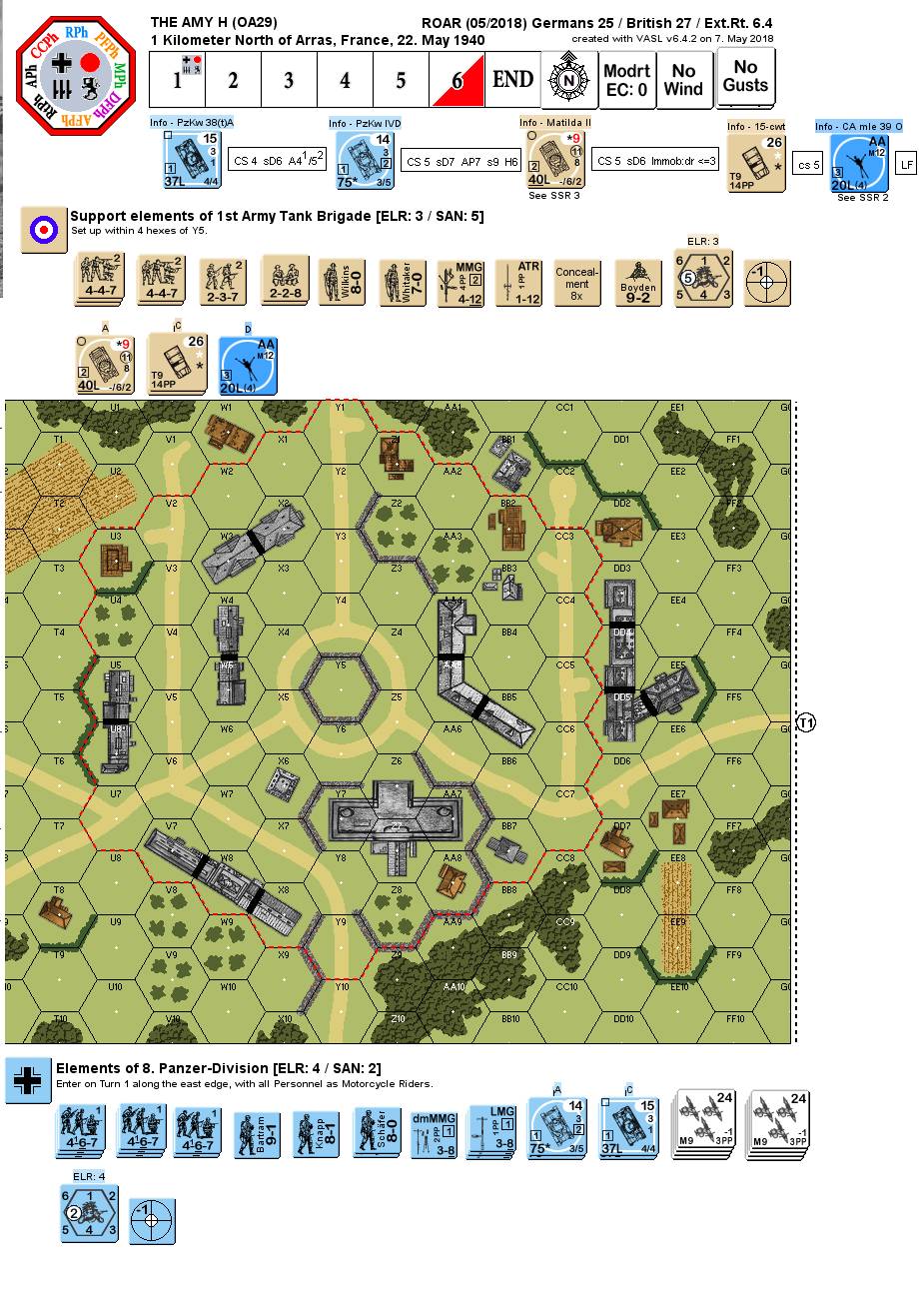 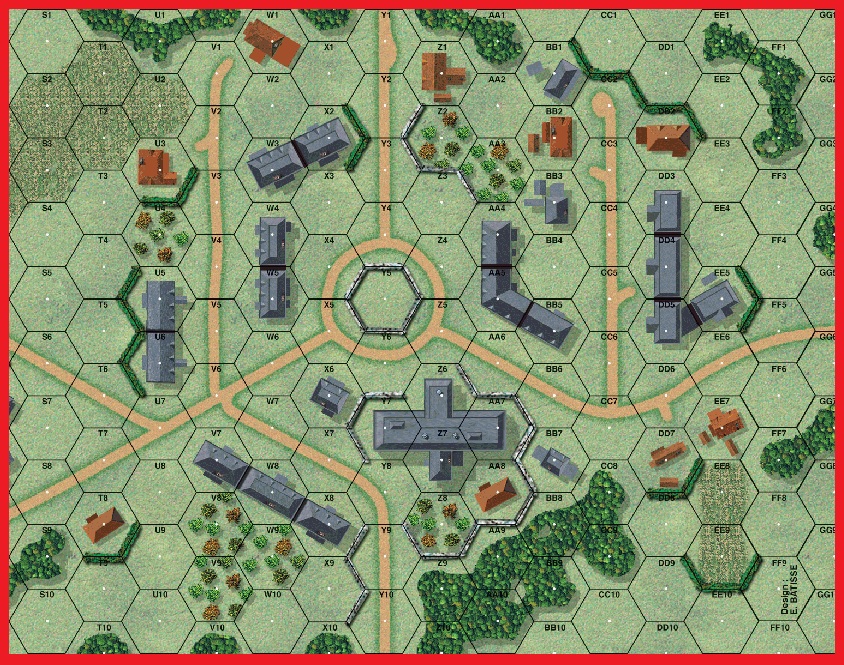