Reworking of CH124 "The Fall of Tobruk". . . While the flanks of the defensive perimeter—which was almost 40 miles in length—were being rolled up, the 19th Australian Brigade had the task of driving deeper into the Italian position towards the city of Tobruk. While most areas, especially on the outer perimeter, were thinly held, there were clusters of widely separated areas of strong resistance that had to be neutralized before Tobruk could be entered. Following a second rolling barrage of artillery, the 4th Battalion, with whatever vehicle support could be gathered, advanced forward against stiffening resistance. They continued to press on in spite of being counterattacked by Italian medium tanks, direct artillery and anti-aircraft fire. This attack took a toll on armored fighting vehicles. For the remainder of the day, they encountered one gun position after another. Although the Italian tanks were eventually handled, the Italian gun crews showed no sign of collapse. For once, it wasn’t quite so easy to dispose of the Italian tanks when they were used in conjunction with the heavy guns. There were more targets to consider and the Italian tanks played havoc with the Australian infantry. In one case, an Italian gun position was cleared by throwing fuel on it. The fighting did not slacken until well into the night...
Attacker: British / Australian (4th Battalion, 19th Australian Brigade, the 6th Australian Cavalry Regiment and the 3rd King's Own Hussars)
Defender: Italian (61st Sirte Division and 21st Light Tank Battalion) 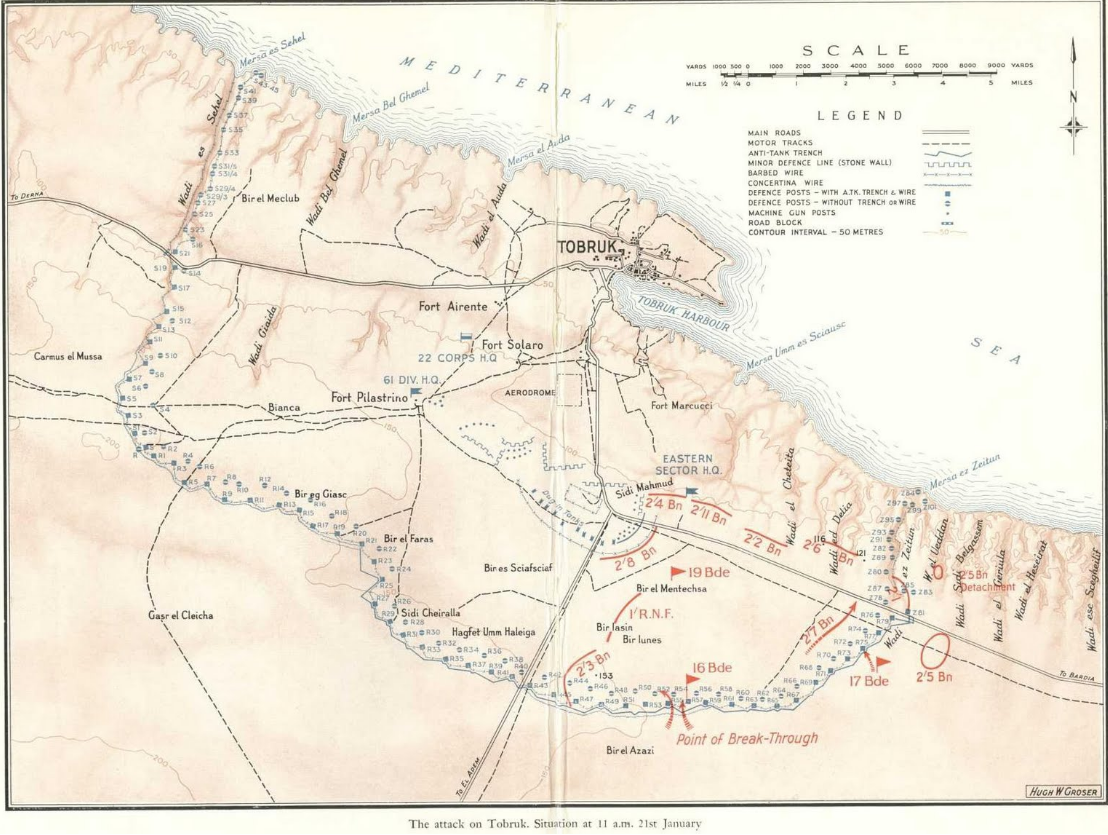