To fulfill General Dawley's request to close the gap between the Sele-Calore Rivers, General Walker sent his divisional reserve to plug the hole. The 2nd Battalion, 143rd Infantry Regiment was deployed to cover the frontage with the company's HQ in the small village of Persano, two companies in reserve and G Company to the east. They failed to dig in properly and the defenses were not inspected. This lax behavior would soon be punished, as less than an hour after settling in, F Company reported hearing tank noises to the front and left. These Germans, which had defeated the 157th Regiment's 1st Battalion on the opposite bank, barreled into the American positions firing from halftracks and tanks.
Attacker: German (Kampfgruppe Kleine-Limburg, Panzergrenadier-Division 29)
Defender: American (3th Infantry Division, 189th and 158th Field Artillery Battalion, Battery B, 27th Armored Field Artillery, 636th Tank Destroyer Battalion and Company A, 751st Tank Battalion) 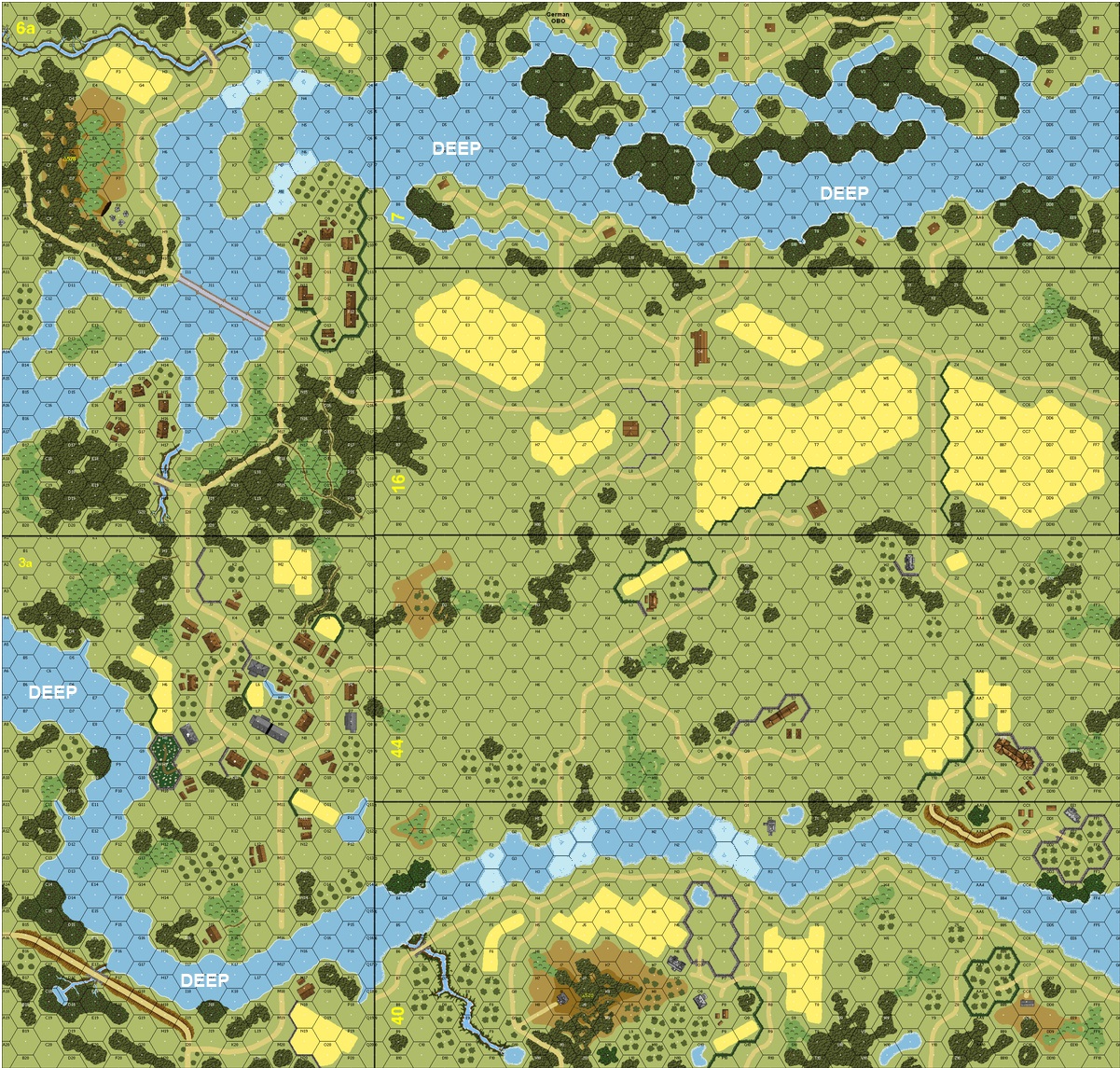 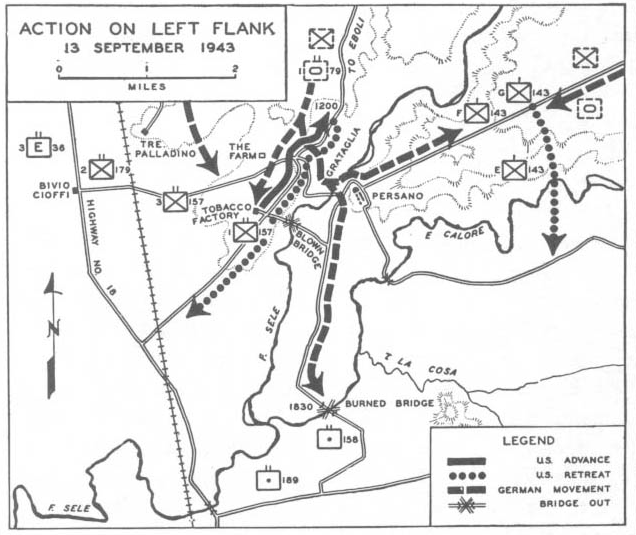