Oberfeldwebel Wilhelm Berkenbush, the most seasoned NCO of the 1st Company, 914th Grenadier Regiment, had been tasked to lead the attack and mop up the heights overhanging the Bettendorf-Moestroff area. This attack was part of the offensive of the 352nd Volksgrenadier Division in order to retake Luxembourg. Acting as a reserve, the 1st Company had to clear the area of US pockets of resistance.
Attacker: German (1 Kompanie 914th Volksgrenadier Regiment | Stug Kompanie 1352)
Defender: American (A Company | 109th Infantry Regiment |28th Infantry Division |) 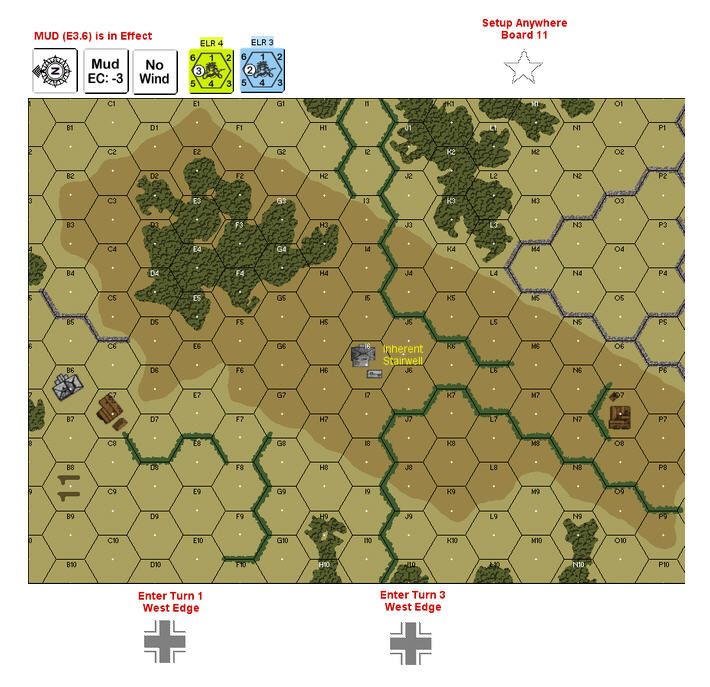 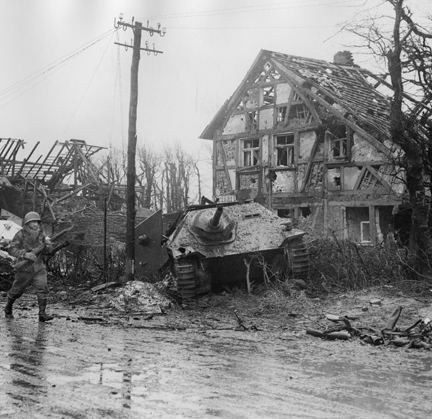