B Squadron, 56th Reconnaissance Regiment had to find a way to clear the town of Portomaggiore. With Sherman tanks in support, B Squadron was trying to cross the canals of Portomaggiore, but were thwarted by a German strongpoint near the northern exit of the town. While B Squadron was effectively screening the advance of the British 6th Armored Division, the town still had to be taken. The “reconnoiterers” of B Squadron and the Hussars were reinforced by a company of infantry, but the German infantry, supported by the two self-propelled guns, still held out. The strongpoint finally fell during the morning of the 19th.
Attacker: British (B Squadron | 56th Recce Regiment | the Queens Hussars)
Defender: German (Panzer Grenadier Division 29) 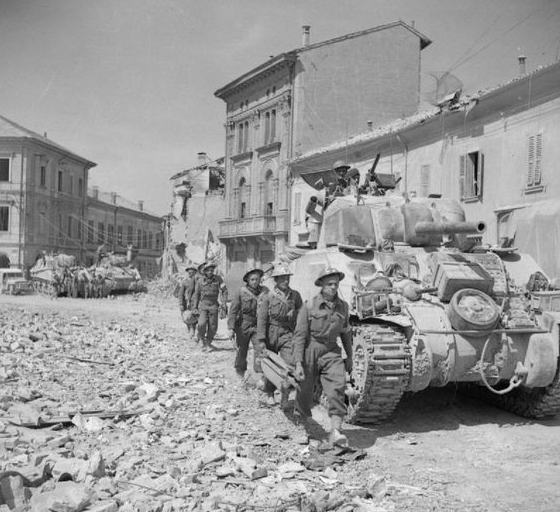