Thursday saw an increasing amount of pressure applied against the positions of the approximately 300 men remaining of the 7th KOSB, holding the Dreyeroord Hotel near the Oosterbeek Hoog Railway Station. This was the strongest point in the northern perimeter, and key to holding the sector. Through the day, snipers and the terrifying sound of Nebelwerfer mortars took their toll upon the inexperienced Scots of the Battalion. The Germans then launched a determined attack at 1630, directly through the hotel itself, and around it on both sides......A tight "in yer face" battle with opposing forces 1 hex apart. Only for the tough and the brave.
Attacker: German (SS) (SS Kampfgruppe Krafft)
Defender: British (7th King's Own Scottish Borderers) 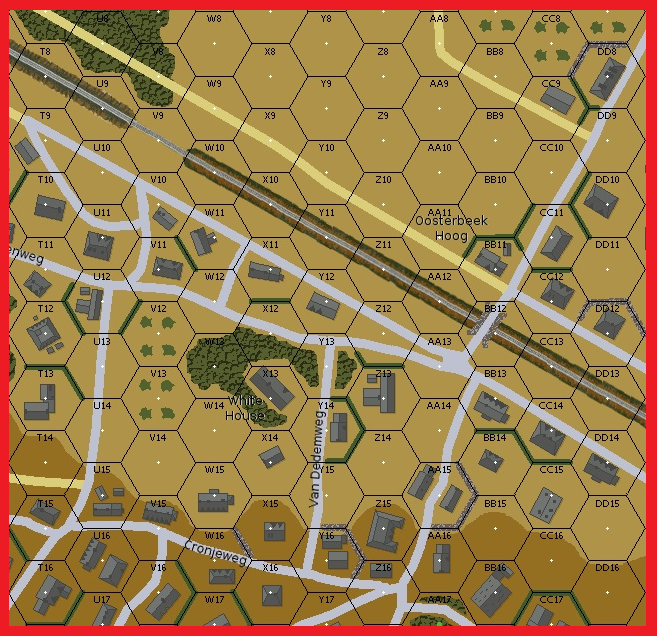 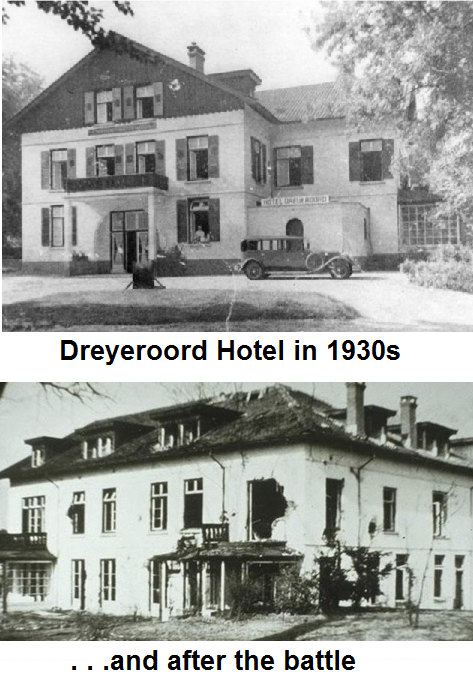