During the dark hours of the night of Christmas Eve 1944, most of the surviving German soldiers dashed through the woods towards Melines and Werpin. Only one defensive position remained in the crossroads area, consisting of infantry supported by to Hetzers. This position had been observed and reported on by Pfc Melvin Biddle, the heroic scout of Company 'B', 517th PIR. An attack was promptly planned to jump off at 0900 hrs with two Sherman tanks in support.
Attacker: American (Task Force Fraser, 517th and 509th PIR)
Defender: German (560th Volksgrenadier Division) 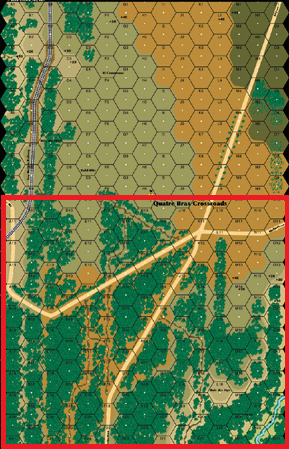