Operation Charnwood: At 1835-hrs, two battalion of the 7th Canadian Infantry Brigade had been moved forward to positions near the Authie-Gruchy area. The 1st Battalion Canadian Scottish Regiment advanced on Cussy, the Regina Rifles Regiment on the Ardennes Abbey. Supported by heavy mortars and machine-guns of the Cameron of Ottawa and the tanks of the 1st Canadian Hussars, the Canadians attempted to pry the fanatical “Hitler Youth” from Cussy and the Abbey. Not until their own barrage lifted a few hundred yards from the village did the lead companies see their objective clearly. At that point a cry went up “Come on Scottish!” and the assault platoons surged forward.
Attacker: Canadian (1st Canadian Scottish Regiment supported by First Canadian Hussars)
Defender: German (SS) (Remnants of III/SS-Panzer-Grenadier Regiment 25 and Kompanie 3, SS-Panzer-Regiment 12) 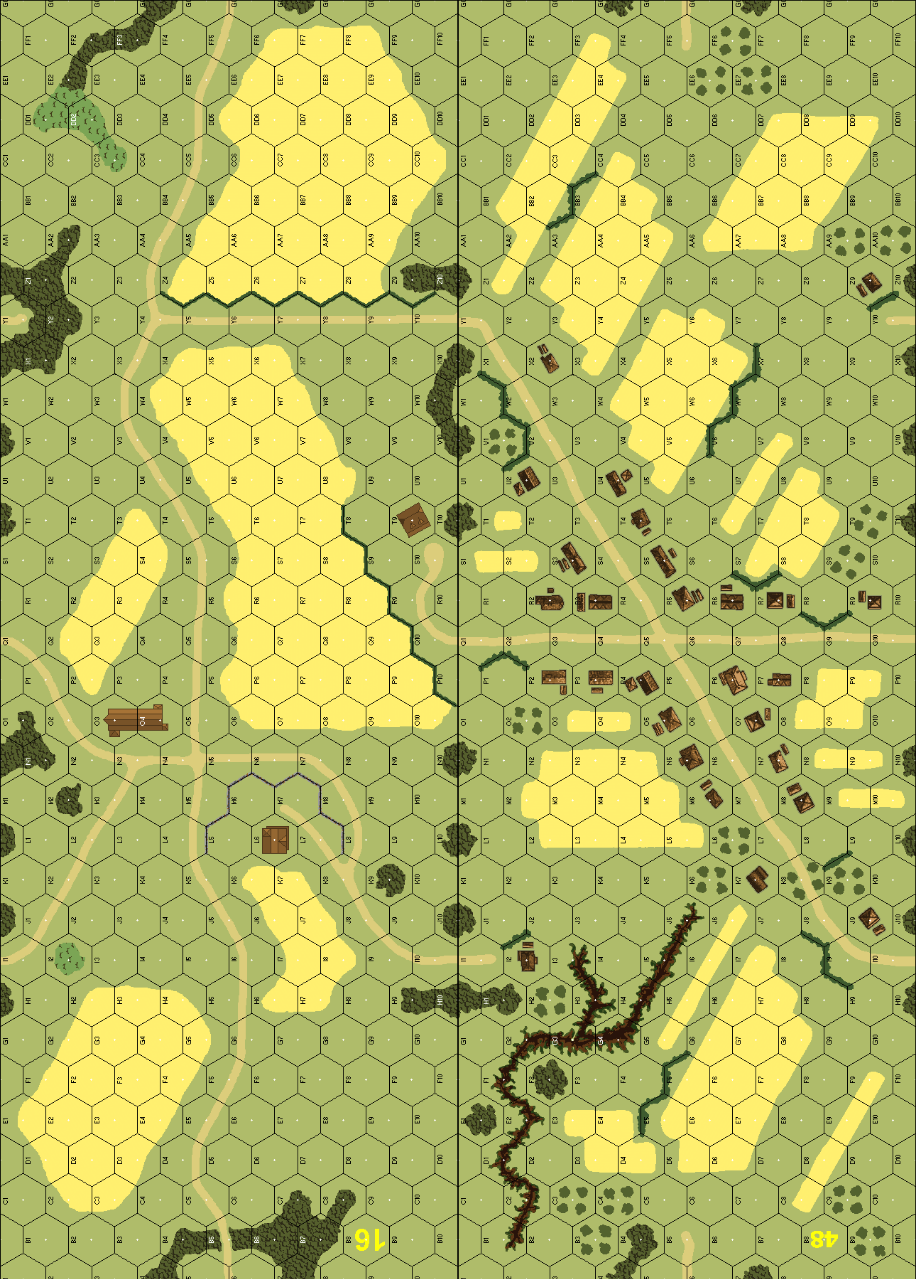 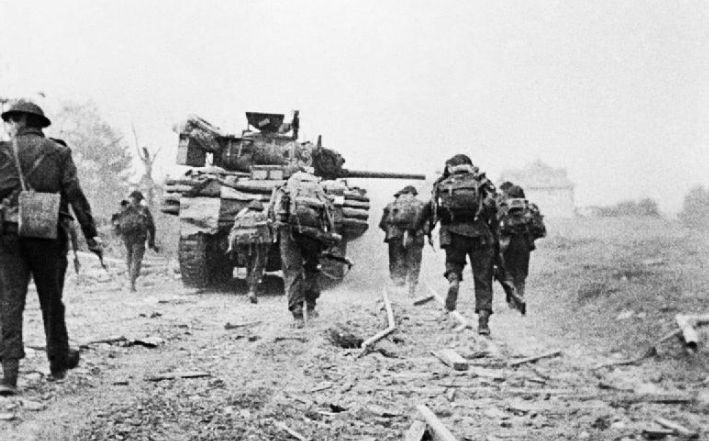