Colonel Tanahashi's 112th Infantry Regiment had moved into an encircling position around the “Administration Box” pressuring the beleaguered Commonwealth forces late on the 14th. During the morning of the 15th, the Japanese attacked “C Company Hill” just to the north of the “Western Gate” in another attempt to pry the “Box” from the stubborn grasp of the British. The Japanese were able to use the jungle to cover their approaches to the entrenched West Yorkshires until right on top of them, allowing Tanahashi to capture the hill and treaten “Ammo Hill” at the center of the “Box”. Capt. J.P. Roche of 2nd Battalion quickly dispatched Lees from the 25th Dragoons supported by A Company, West Yorkshires, to retake the lost ground before the Japanese could settle in.
Attacker: Japanese (2nd Battalion, 112th Infantry Regiment, 55th Division)
Defender: British (A and C Company, 2nd Battalion, West Yorkshire Regiment, 25th Dragoons) 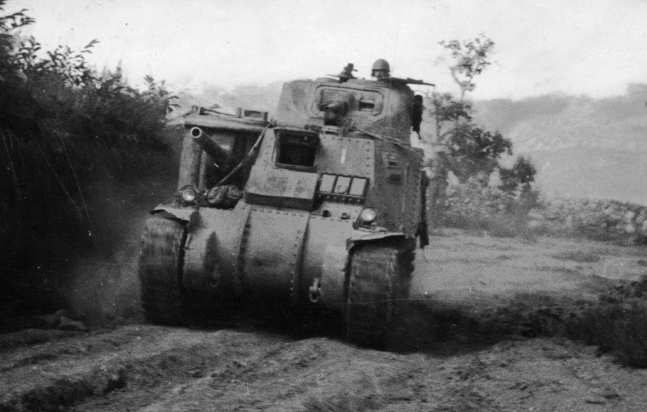