To kick of the attack known as Operation VERITABLE, the Royal Winnipeg Rifles, supported by the 3rd Armoured Battalion of the Scots Guards, was ordered to take the hilly ground around Louisendorf, south of Moyland. This would protect the right flank of the main attack by the Regina Rifle Regiment, which was to force its way north and east, towards the Rhine, and sever the Goch-Kolcar road, thus splitting Panzer-Division 116 into two parts that would no longer be able to support one another. The Winnipeg Rifles, supported by Churchills, left their assembly area near Bedburg in Kangaroo carriers and headed across the dreary fields towards Louisendorf.
Attacker: Canadian (Royal Winnipeg Rifles and Scots Guards)
Defender: German (Panzergrenadier-Regiment 60, Panzer-Division 116 "Windhund") 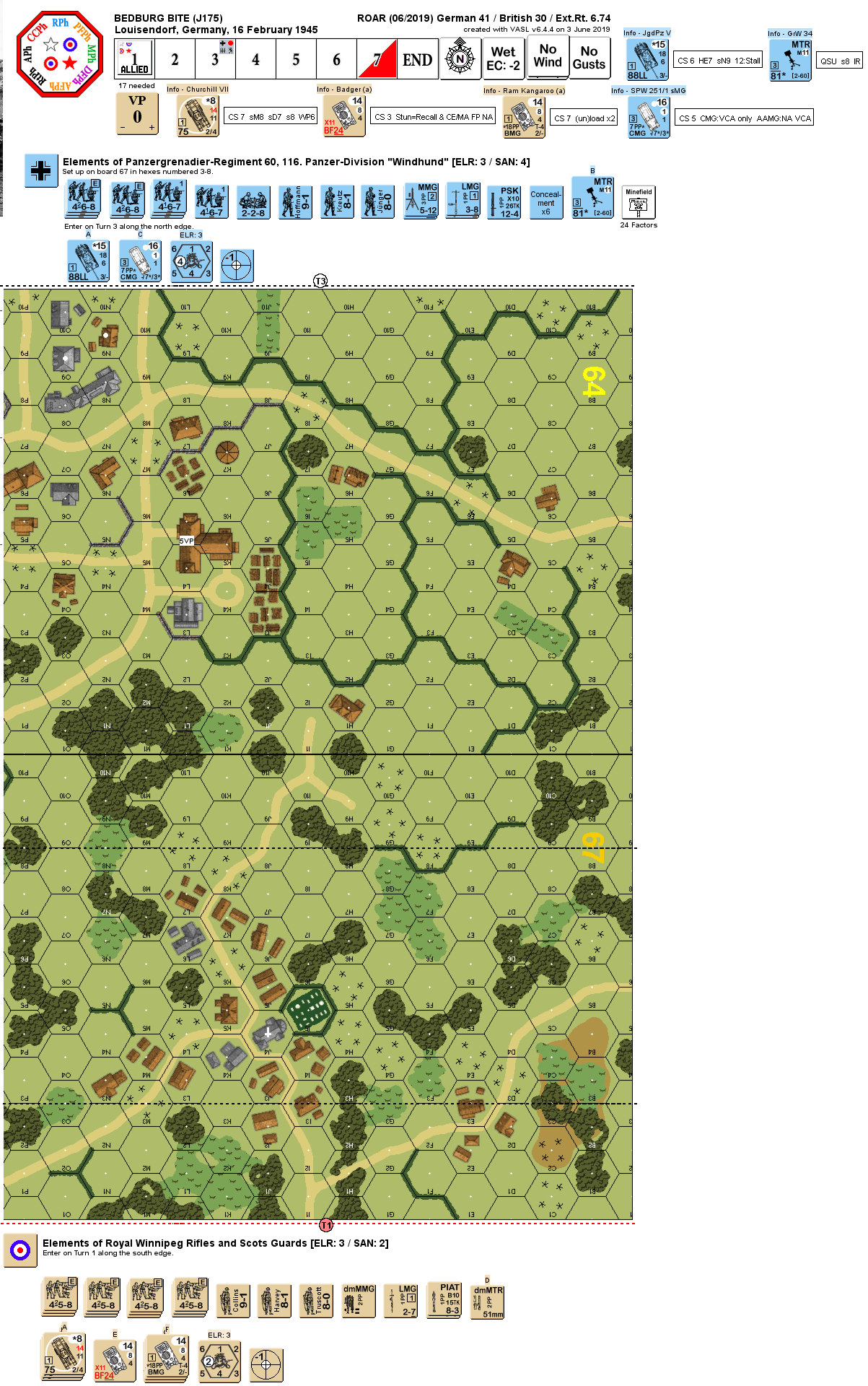 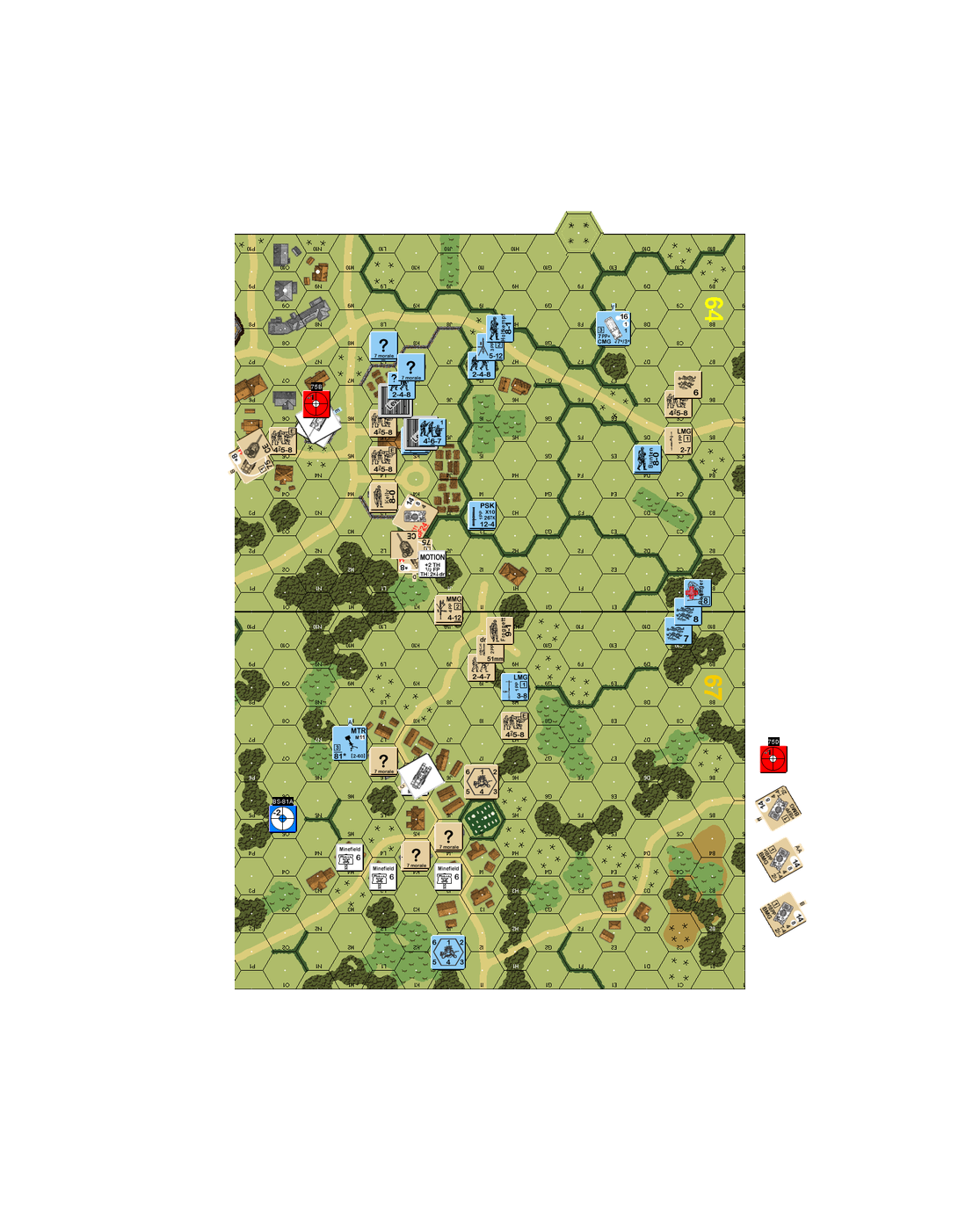 Situation at end of GT5 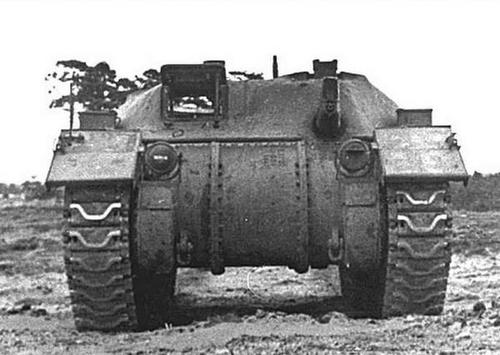